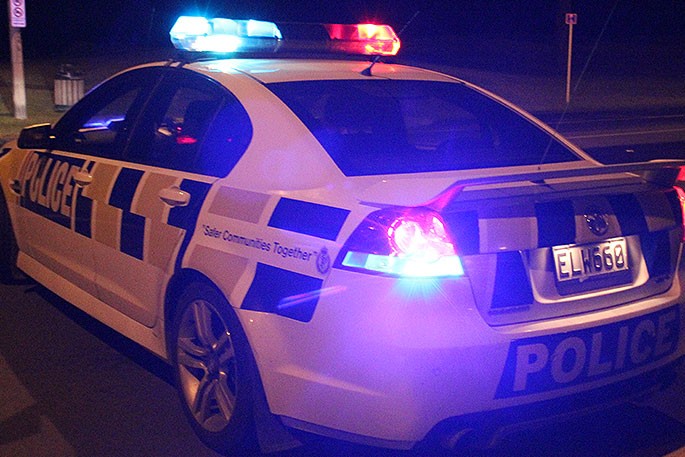 A fleeing driver incident has led to the arrests of two people wanted in relation to burglaries this morning.

Police received reports of a vehicle leaving the scene of the burglary of a commercial premises on Clyde Street, Hamilton around 1.05am.

Officers located the vehicle, which had been reported stolen around midnight, on Galloway Street a short time later and a pursuit was initiated when it failed to stop.

The pursuit was soon abandoned due to the manner of driving.

Spikes were deployed and the vehicle came to a stop on Maeroa Road, where the offenders fled on foot.

A large quantity of alcohol and a cash register, believed to be related to the burglary of another commercial premises on Heaphy Terrace in the early hours of this morning, were retrieved from the vehicle.

The offenders were located around 2.15am on Darley Street and arrested.

“Our staff are always determined to hold those responsible for this type of behaviour to account,” says Inspector Andrea McBeth, Hamilton City Area Commander.

“It causes financial damage to retailers and is completely unacceptable.

“We would like to thank members of the public for information provided that assisted in locating these offenders.”

A 21-year-old man has been charged with burglary and unlawfully getting into a motor vehicle.

He will appear at Hamilton District Court tomorrow, while a 17-year-old will appear in Youth Court.