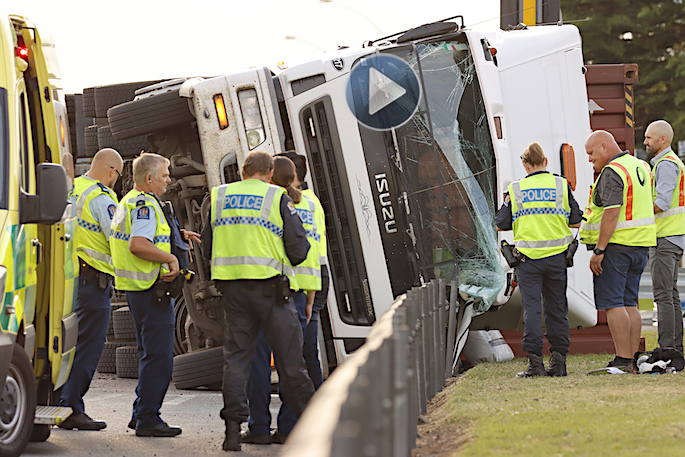 Update 11am: A crane and tow truck are present at the scene of where a truck has rolled in Mount Maunganui this morning.

An employee of a nearby business says the truck remains on its side.

"There is a big crane and tow truck. It looks like they are figuring out how to remove it."

She says police are still at the scene controlling traffic.

A New Zealand Transport Agency spokesperson says vehicle recovery is underway, and is expected to take one hour.

Delays should be expected through the Hewletts Road section of State Highway Two.

SH2 MT MAUNGANUI - UPDATE 10:15AM
Vehicle recovery is underway however some delays through this section of SH2 (Hewletts Rd) should be expected until fully cleared with some short-term lane blockages likely to be required: https://t.co/u9Xcla4VjR ^TP pic.twitter.com/wpcajyV7CV

Westbound traffic will be diverted between Totara Street and Tasman Quay on State Highway 2 Hewletts Road from 11.30am this morning for vehicle recovery, says the spokesperson.

"Traffic lights at the Hewletts Road/Totara Street intersection will be flashing orange."

A police spokesperson says one person has received moderate injuries.

Update 8.10am: A vehicle has rolled in Mount Maunganui at the intersection of Hewletts Road and Totara Street this morning.

Police received a report at 7.40am that a truck had rolled, says a police spokesperson.

"The driver was reported to be out of the truck but there is no detail as to any injuries."

All lanes are open and a crane will remove the truck from the road.

Earlier: A caller to the 0800 SUNLIVE news hotline says the crash is at the intersection of Hewletts and Totara roads. 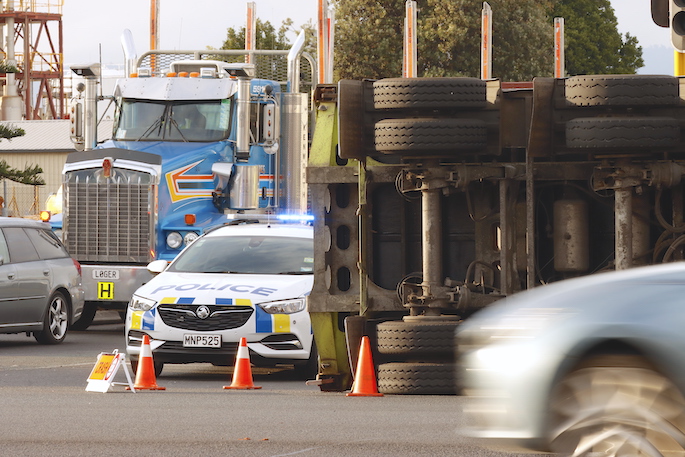 "A truck and trailer unit has rolled over. He was turning the corner, went round too fast, and rolled. It's not good, they will need cranes to pick it up."

The crash is in the northbound lane.

"Traffic is backed up quite a bit." 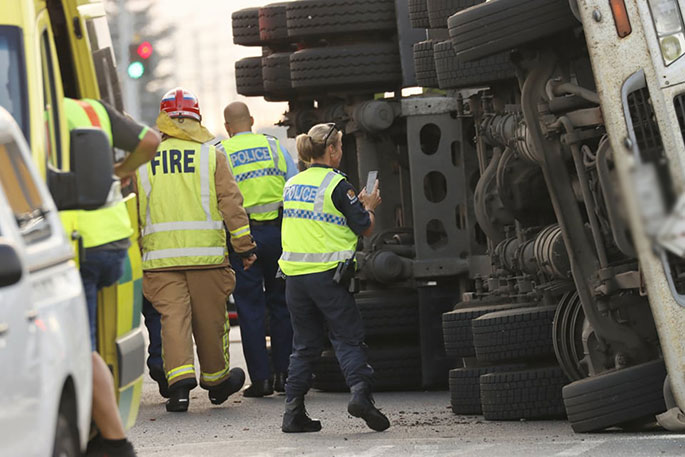 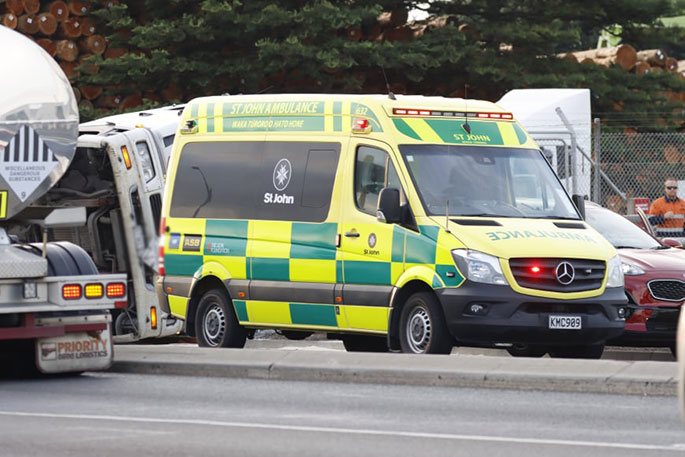 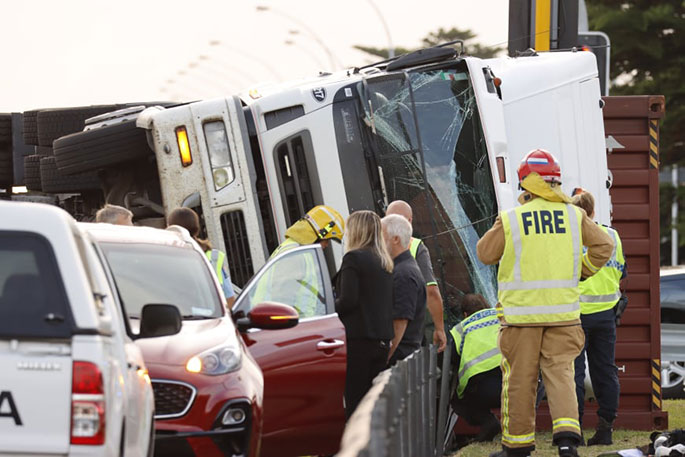 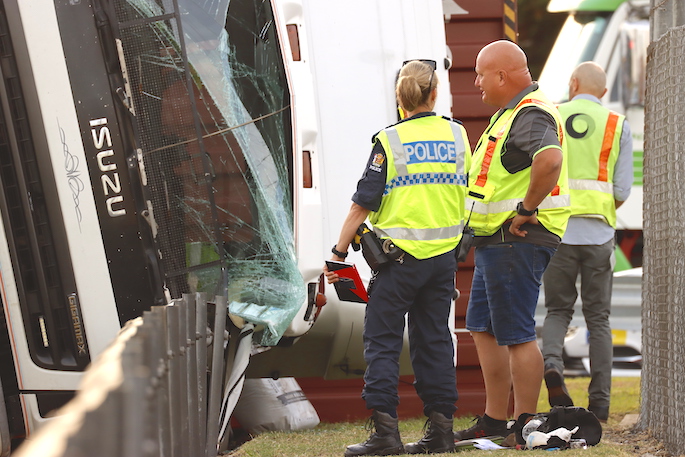 Great to see the usual experts that seem to know all the causes even when they never saw what happened.We don’t need a police force in Tauranga when we have know it alls like you lot

I’ve seen trucks try and get through those lights hundreds of times, too much speed for that corner, predictable outcome. What’s much worse is the inept management of the situation. I got held up in both directions this morning, hours after the crash. They coned off TWO lanes heading NE on Hewletts coming off the bridge, with predictable gridlock, and it was worse the other direction. Absolutely no need to cone off 2 lanes, they have done nothing except stand around like pencils.

Traffic still grid locked going to the mount over the bridge.truck still lying asleep on its side on Hewletts rd Tauranga lane,cranes lined up.they will be lucky to to have road cleared by 5pm

Lets guess the cause

Ran a red light, turned the corner too fast and fell over??

OK, speeding driver and more than likely running orange/red lights!! So which company do I send an invoice to, would like to cover wages for staff being 30-60 minutes late to work.

how many is two many

how many cops is needed to stand around that truck,