Adaptive riders shred with the best at Crankworx 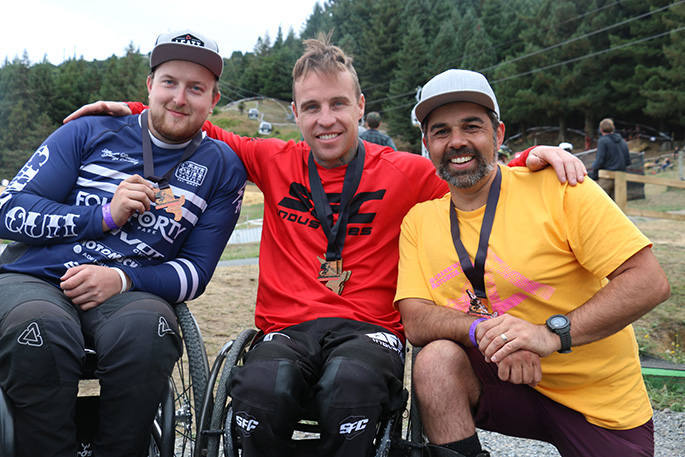 For most mountain bikers limits are thresholds to be crossed, but for the AdaptMTB team limits are what inspire them.

Back racing at the festival for the second year as an adaptive rider, Liam Keenan is taking on Crankworx Rotorua with three wheels and he has brought whole class of adaptive riders with him.

The saying ‘where there is a will there is a way’ comes to mind when you talk to Liam and the team. Liam has attended Crankworx Rotorua every year since 2015 except one, the year of the incident that changed his life, but led him to the point where he can inspire others to push limits just like he does.

He is joined by fellow adaptive riders James Littlejohn, Daniel McCoy and Ben Westenburg as well as their amazing support crew made up of friends, whānau and bike builder Lee Riethmuller from Rocksy Handcycles.

Liam says there are a couple of reasons why coming back this year, with the other adaptive riders, was so important. 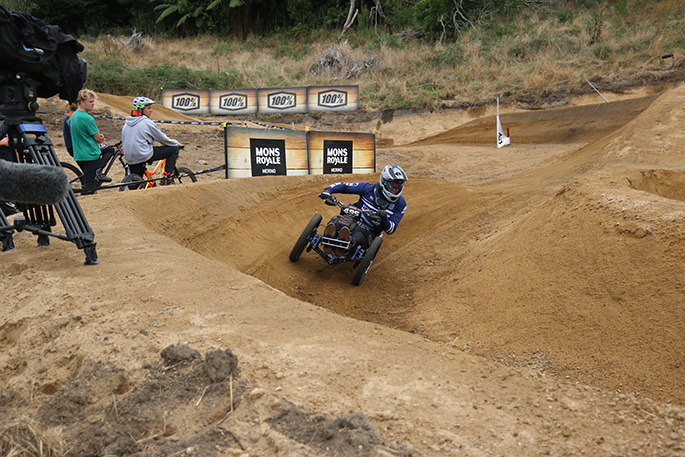 James Littlejohn and his wife Kim are at Crankworx this year hoping to share the word about AdaptMTB, a charity they founded which focuses on building a community for adaptive mountain bikers and friends to share, encourage and advocate.

They want to spread the word, encourage more participation in the sport and partner with like-minded organizations to boost this industry they are so passionate about – and Crankworx is the perfect platform to show the mountain bike world what AdaptMTB is all about.

In between competing, James and Kim have been linking up with as many people as they can while at Crankworx to get the word out about adaptive riding.

“If Kiwis are unsure I’d say get in touch with Adapt MTB…and we will figure out a way to get them on a bike. The technology has moved on so much it makes it perfectly possible to get people on a bike. If they’re over the ditch they can get in touch with Lee at Rocksy Handcycles.”

“Generally the biking community is full of people who are keen to help. There are people who are willing to try things and spend time with you to get things working. That’s what makes this all possible.” 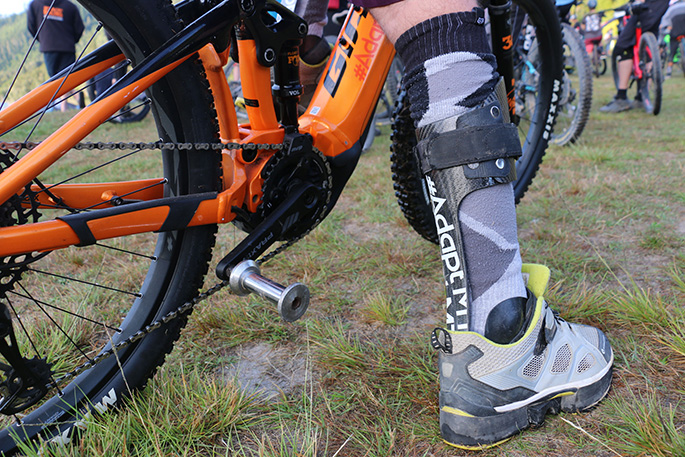 Ex-Supercross racer Daniel McCoy is no stranger to extreme sports but admits he wasn’t sure whether he would enjoy adaptive riding after reaching the level he did with motocross.

“I’d tell people not to be scared. There is a lot of us out here doing it and it’s a lot more fun than it looks. This is as good as it gets in the position we’re in and if you’re the type of person that likes this kind of lifestyle then you definitely have to give it a go. That would be my biggest advice – try it before you count it out.”

“This is my first time at Crankworx but I’ve competed at the Fox US Open of Mountain Biking in 2019 in America. It [adaptive riding] is happening all around the world so it’s great that Crankworx has stepped it up.”

In 2020, Crankworx Rotorua has followed the precedent set by the Whistler festival in 2019 and added adaptive specific categories to some of the events. Keenan had already smashed expectations by shredding the ‘Mr Black’ track alongside fully-able bodied riders at Crankworx Rotorua 2019 and is stoked with the effort to accommodate him and his fellow adaptive racers this year.

“I love the event. It’s awesome getting to watch and ride with the pros. It was awesome to be able to compete in the adaptive class because there are no other races in New Zealand at the moment that have adaptive. I’m definitely keen to see it bigger.”

“Crankworx has been absolutely incredible this year. Everything from giving us our set up and Ari wanted us to come down and have some input into the trails to make sure we can get around them. They’ve appointed a driver to be able to take us up and down to the races and drive us around so yeah it’s been absolutely mind-blowing the support from Crankworx. It’s awesome to see.”

Crankworx Rotorua is in its sixth year of operation and each year the team is looking for more ways to improve the experience for everyone that attends including competitors.

Event Director Ariki Tibble says that accessibility was one of the ways they saw as being meaningful improvement to the event.

“In 2020 we had a focus on the 'little big things', little things that we could do that would have big impact on our fans, communities and riders,” says Ariki.

“We just had to be open minded, flexible and willing. It was easy for our team to jump on board and everybody was keen to make it happen. Our team rallied to get the logistics sorted and it’s such a win-win situation for us and the adaptive team.

“I see how much extra mahi goes in to the things others take for granted, even getting up to the start line. They are extremely impressive athletes. We’re looking forward to 2021 and seeing what we the adaptive riders have got in store for us.”

With the 2020 festival almost over Keenan is already looking towards 2021 and what he’d like to see next year, even putting out a call for some big names to make the trip.

“We had one [adaptive rider] last year, and four this year so if we could double it next year that would be awesome. It would be incredible if we could have a big name like Martin Ashton come over for it.” 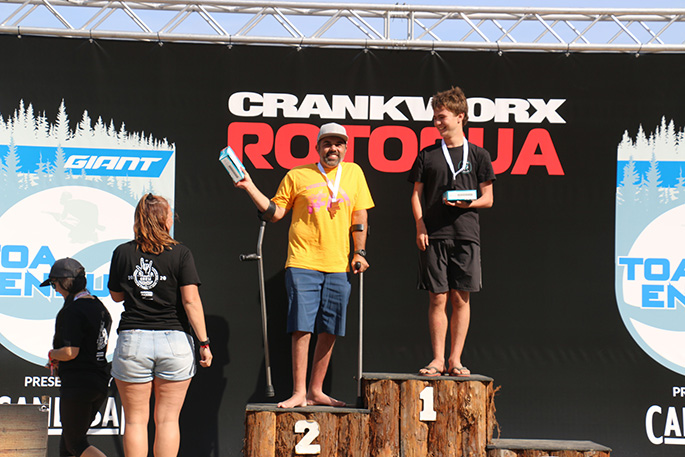