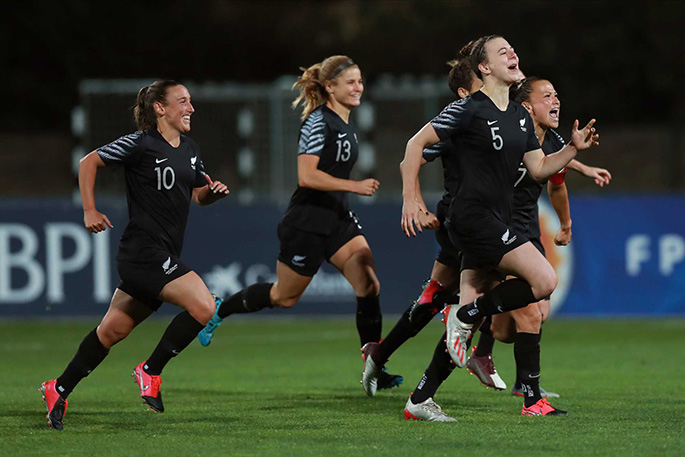 A piece of history is on offer for the Football Ferns if they can overcome the challenge of a classy Italian outfit in the semi-finals of the Algarve Cup on Sunday morning.

The Ferns have never made the final of the tournament before, having finished fourth in their only other appearance in 2016.

A win against Italy would also provide the satisfaction of back-to-back victories over non-Oceania opposition, which New Zealand hasn’t managed on the senior women’s international stage since beating Brazil and China in a triumphant Valais Cup campaign back in 2013.

Tom Sermanni’s side has put itself on the verge of writing a new chapter in the record books after defeating Belgium in thrilling fashion three days ago – a welcome confidence-boosting result that snapped a six-game losing streak. 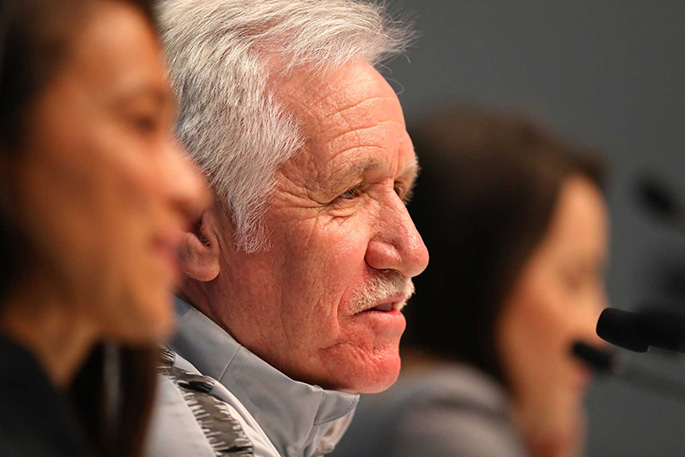 “It can very frustrating when you go through losing sequences, particularly when you don’t have multiple games and lots of time to turn bad runs around,” admits Tom.

“When you haven’t played for a few months, have been on a bad run of results and are then playing against a high-level team, obviously it’s going to be a challenge. So getting that result the other night has certainly boosted the confidence of the players.

“But, more importantly, I think the way we played in the first half should hopefully give the players a lot of belief going into the Italian game.” 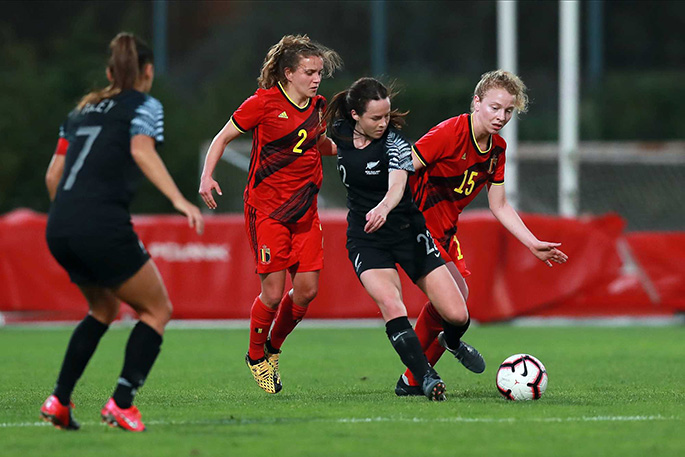 Olivia Chance scored her first goal for the Football Ferns

The Football Ferns were largely the better side against Belgium and took a well-deserved lead when Olivia Chance struck for her first international goal. But the dismissal of Claudia Bunge in the second half led to a tense finish to the match, the Ferns eventually winning on penalties after a 1-1 draw.

They will go into tomorrow’s semi-final with slightly fewer numbers due to the suspension of Bunge and the retirement of Sarah Gregorius, who called time on her remarkable international career shortly after slotting home one of the penalties. 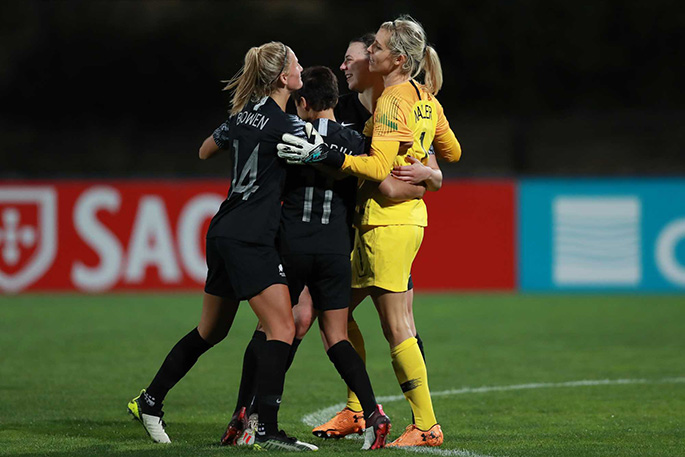 Erin Nayler is congratulated after saving a penalty against Belgium

With New Zealand’s defensive stocks already lowered by the unavailability of Abby Erceg, the loss of Bunge is a significant blow but Tom is pleased with the depth that remains in his squad.

“We’re lucky enough that we’ve got someone of the skill and experience of Steph Skilton to step in for Claudia but obviously any time you lose a player it’s always a bit of a challenge. And the issue with losing Claudia is that we don’t have Abby here. So we’re already a centre-back down and Meikayla Moore is coming back from a long-term injury so we’ve got to be careful not to over-extend her during this tournament.”

Whoever lines up at the back tomorrow is sure to be tested as Italy are ranked 14th in the world and made the quarter-finals of the FIFA Women’s World Cup last year.

“They’re a high-quality team and one thing we need to realise is that virtually all of the Italian players play in the Italian league – so they’re either playing with or against each other week-in, week-out. That helps them form a much stronger playing relationship from week-to-week,” says Tom.

“They did well at the World Cup and Italians always have a good knowledge of how to play the game. They’re very competitive and have some players who are very talented. So it’s going to be a really tough, difficult game for us.”

Tom is in familiar territory in making it this far though as he already has experience of winning the Algarve Cup, doing so in 2013 during a successful stint in charge of the United States team.

“It’s a difficult tournament to win because the quality of the teams is always high. There are no easy games and we know we’re playing against teams that are going to be ranked higher than us,” says Tom.

“When I had the US team it was slightly different because you’re going into tournaments like this with the expectation of winning it. So it would be a much more satisfying feeling if we could manage to actually pull that off with New Zealand.”

Despite the prospect of making history and lifting a rare piece of silverware, Sermanni is wary of looking too far ahead though and is keeping his players’ feet firmly planted on the ground.

“The key thing we want to get out of this game is to see if we have the ability to back up and not just get a one-off good result,” says Tom.

“It would obviously be great if we could get to the final and win the tournament but at the moment our key focus is just getting prepared for Italy. We want to try to put on a good performance against them and hopefully get a good result.” 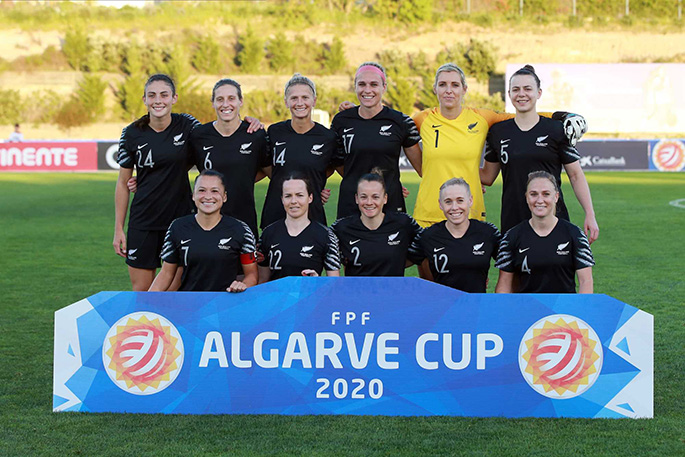