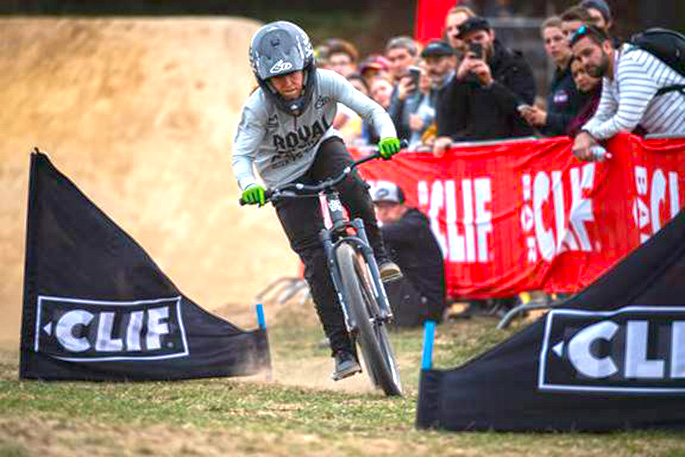 Jordy Scott is the first woman to win an international Speed & Style competition as part of the full Crankworx World Tour. Photos: Supplied.

As Jordy Scott from the USA crossed the finish line in the women’s final of the CLIF Speed & Style, it was a win for her and a win for women in the sport.

Jordy’s style points boosted her ahead of Vaea Verbeeck from Canada, as she became the first woman to win an international Speed & Style competition as part of the full Crankworx World Tour.

“I think it’s awesome,” says 18-year-old Jordy of the new category. “All the young girls that are coming up are so ridiculously skilled. They’re really pushing to get to this level. So being able to see that this is possible and to be able to have something to aspire to, is so awesome.”

Jordy was throwing down tuck-no-handers and tire grabs, first beating Jill Kintner from the USA, who would finish the night in third, before taking on Vaea in the finals.

“I’m super happy about it. This is my first time doing the World Tour for Crankworx,” says Jordy, who also took the win in the inaugural women’s category in Whistler last year.

“Air Downhill and Dual Slalom aren’t my strongest suits, so it wasn’t the best start to the week, so I’m really happy to get some nice mid-week momentum going, and it’s one of my favourite events. I just had a really fun time out there.”

Jordy finished outside the top ten in both Air DH and Slalom, but last night’s points boost her up into fourth place in the Queen of Crankworx race. Jill’s third place points add to her lead, while Vaea’s second place points push her closer to Jill, with 60 now separating the two. 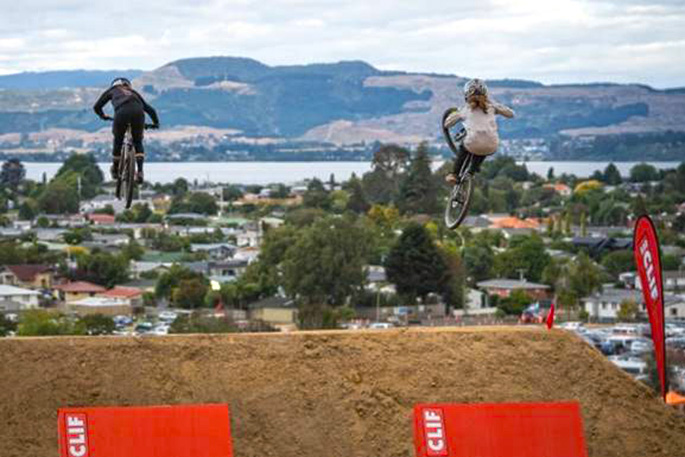 On the men’s side, the 2018 Speed & Style World Tour Champion was back on top. Tomas Lemoine of France qualified first then charged all night, throwing down double-truck x-ups and flip double bar x-ups to beat Greg Watts from the US in the finals.

The Frenchman’s win serves as a prelude to today’s Maxxis Slopestyle in Memory of McGazza. In 2019 he also won an event the night before Slope. His 2019 win on the Pump Track in Rotorua led him in to a second place finish at Slopestyle the following day.

“I was like ‘I love racing, I love Speed & Style, I will regret if I’m riding bad tomorrow and I didn’t do anything today.’ So I thought I’m just going to try and push to my limits to make it happen. I’m stoked that it worked. I have a lot to do for tomorrow, so sleep early tonight and try to make it happen tomorrow,” says Tomas.

The win last night gives Tomas his first batch of points in the battle for the King of Crankworx title. He is currently tied for sixth with Sam Blenkinsop of New Zealand who won the Rotorua Air DH presented by Bosch on Wednesday. In the lead is Kyle Strait from the USA who won the 100% Dual Slalom Rotorua and came sixth in the Air DH.