Taming the taniwha of addiction 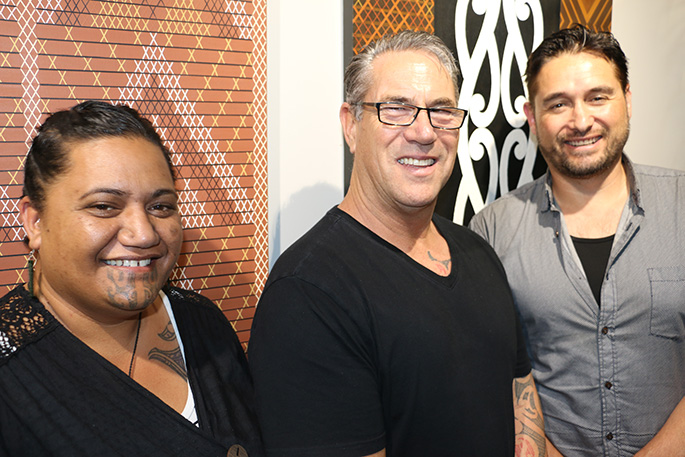 Battling the taniwha of addiction and poor mental health affecting Maori in the Bay of Plenty takes much aroha, persistence and skill, with progress not perfection important watchwords.

Kaiako Te Rangimaria Warbrick says course attendees are able to use the programme to explore exactly how kaitiakitanga relates to their practices when helping people. The concept, he says, is about an approach that’s broader than just dealing with immediate issues – it looks at factors such as whanau and hapu development as well and “getting the best out of people…getting that inner light to shine through”.

One of the 2019 programme attendees, Rotorua-based Kevin Hollingsworth, is a recovered methamphetamine addict with nine years clean time who has been prominent in fighting the scourge of meth in the region. He says “the war on meth is everyone’s business”.

The programme has provided fresh insights which he is applying in his clinical work with addicts, educating kaimahi in the health sector and mentoring Stop Taking Our People – STOP - community groups tackling meth addiction.

Those insights include the theme of people needing to take responsibility for their well-being, with everyone having mana (standing), mauri (life force) and their tapu (sacred) nature to draw on.

“We are all the kaitiaki of our journeys, of our own recovery,” says Kevin, who found the programme a “big stepping stone”.

Another graduate from last year, Takirua Hona-Nelson, works in the mental health field in Tauranga, providing matauranga Maori-based support to clinicians working with rangatahi and their whanau.

Takirua says the programme has given her greater confidence in bringing te ao Maori perspectives into her work.

“Being in the role I’m in I can speak into a clinical space from a cultural positioning perspective and educate how using mana, mauri, tapu and korero-based approaches can help whānau on their healing journey,” says Takirua.

“The programme has allowed me to articulate my Maori way of being more.”

The shifts she’s making include encouraging clinicians to be courageous in taking a more holistic approach to interactions with clients and to not be so rigid around appointment times and schedules.

“My approach is to say you’re going in to wananga. You need to be flexible with time given the tapu nature of what’s being discussed. You’re not in there to tick boxes but to go on a journey with the people you’re trying to help. Whakawhanaungatanga (relating well to people) is critical in the journey.”

Asked about the benefits of greater use of and resourcing for matauranga Maori-based approaches in the addictions, mental health and social services fields, Te Rangimaria, Kevin and Takirua are all keen to see more done.

It’s essential, says Te Rangimaria, for whanau to take a whakapapa-based approach to the history of how addictions evolve.

“You’ve got to name the taniwha of addiction and explain how it came into our family’s lives,” says Te Rangimaria.

Kevin says it’s important for people to maintain good social connections as a way of preventing and recovering from addiction.

“Whakawhanuangatanga (connection) is the opposite of addiction.”

Education in Maori communities on the wide-ranging negative consequences of drug use is essential as is more discussion in kura about the dangers.

“There is no such thing as safe meth use,” Kevin stresses. “As kaitiaki, we need to be working with people holistically. That includes increasing the knowledge and understanding of kuia and kaumatua who end up looking after the tamariki of users. It would also be good to teach te ao Maori principles from an early age in kura.”

Takirua feels a major mental health issue for Maori is disconnection from their whakapapa and a loss of identity, with problem behaviors being partly due to the fact that “they don’t know any other way”.

Things Maori can have their own intrinsic healing properties that need to be experienced to fully understand them, such as use of te reo when talking with rangatahi.

“I want clinicians to realise the reo has a mauri to it which helps capture them (the rangatahi). Also, tikanga and te reo and other elements of te ao Maori have a wairua and mauri that activates a positive healing response,” says Takirua.