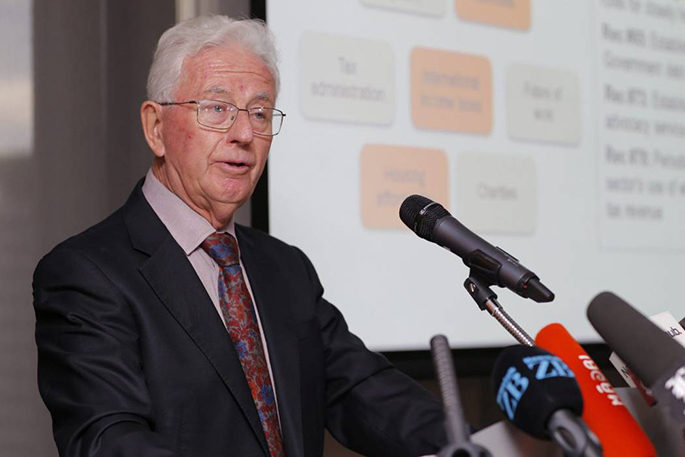 “I took on these roles knowing that they would involve a heavy workload but offered a real opportunity to make a difference in our health system in the Bay of Plenty. Ironically, it is totally unexpected news about my own health which has led to this decision," says Sir Michael.

“What was initially a CT scan of my heart has resulted in a clear diagnosis of Stage IV small cell lung cancer with multiple secondaries in my liver. Chemotherapy is likely to extend my lifespan somewhat but it is clear to me I will not be in a fit state to carry on all that I have been doing in recent months.”

“I have already stood down reluctantly from my long-held position as lead claims negotiator for Te Kotahitanga o Ngati Tuwharetoa. The only major role I will maintain in the meantime is as Chair of the Earthquake Commission (EQC) to see it through the release and the response to Dame Sylvia Cartwright’s report into EQC and the Christchurch Earthquake sequence. I expect to make a decision shortly about the timing of my departure from that position.”

Both District Health Boards express their sadness at this news, and wish Sir Michael, wife Anne and family their kind thoughts.

All the very best and thank you for all you have done.

Thank you for your service to our country and latterly to the various boards. I admired your calmness in the affairs of the state and the way you conducted yourself in politics. Politics aside you are a man of integrity, intellect and sincerity working for the good of all New Zealanders. Best wishes to you and family