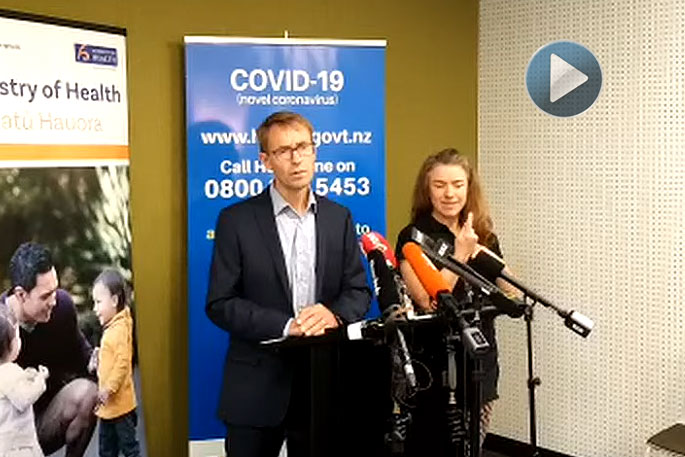 The man who has been confirmed to have New Zealand's fourth case of coronavirus attended the Tool concert at Spark Arena in Auckland on Friday night, the Health Ministry has confirmed.

Director-General of Health Dr Ashley Bloomfield - who is providing an update now - says the man may have been infectious and was in the general admission standing area.

He says the risk was very low for all others who attended the concert, but people who were in that area were casual contacts - and not close contacts - so he is just advising them to be aware.

Ashley encourgaes all people who were in the general admission standing area to be aware of the Covid-19 symptoms, which are detailed on the Ministry's website.

Today's positive result is for a New Zealand citizen in his 30s, the partner of the second case announced earlier this week, the ministry earlier says.

The Auckland couple had recently arrived back in the country from northern Italy. Contact tracing is underway and close contacts are already in self-isolation.