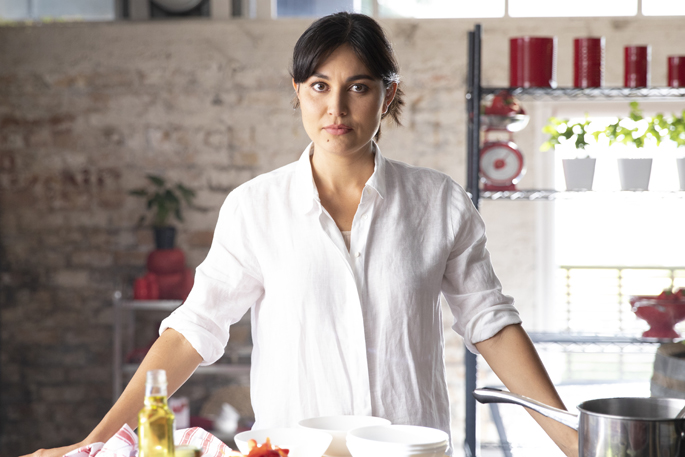 The reality of what some Kiwi families in poverty are surviving on has been laid bare in a new KidsCan campaign, as more than 3,000 children in early childhood centres and schools around New Zealand wait for the charity’s support.

In a series of hard-hitting videos, they prepare heartbreakingly meagre meals, each based on a real story from a family living in hardship.

Nadia, who donates monthly to KidsCan, says she felt sick when she read the “recipe” for red soup.

She encouraged Kiwis to imagine themselves in the shoes of those in poverty.

“Especially as a mum, it’s incredibly upsetting to think of being in a situation where you wouldn’t have anything to feed your children. It’s horrendously awful,” she says.

“It needs to change, and it’s quite amazing that just by providing simple things it can really change a child’s life. Making sure kids have a full belly when they go to school so they can learn properly will help break the cycle. We really, really need to get behind this so no Kiwi kid goes hungry.”

Michael says children would get no nutrition from chicken frame soup.

“It just makes it so, so, so important what KidsCan does. Without their food… what would happen to them and those little bodies that need the energy, that need the nutrition that needs all those sparks in their brains to fire?”

KidsCan is now feeding a record 34,000 children in schools and early childhood centres across New Zealand.

The charity has just sent out 134 tonnes of food to schools - enough to fill more than 28 shipping containers.

Twenty five early childhood centres receive yoghurt, fresh fruit and ingredients for five fresh lunches a week, in a programme that is currently being expanded to more centres.

KidsCan’s CEO Julie Chapman says all Kiwi kids deserved to be sitting down to proper meals, but for some, KidsCan’s food was the only real sustenance on some days.

“We know that many families are at breaking point as they try to stretch budgets which are being consumed by very high rents, back to school costs or an unexpected bill.

“For most of the week they manage to provide for their families, but it’s often the day before pay day that the food runs out, and they resort to these heartbreaking meals.

“We’re seeing no letup in need. Despite having just taken 47 new schools into our programme, we still have 3,085 children waiting for food, shoes, raincoats and health essentials like sanitary items and head lice treatment.”

The Dingle Foundation is doing a fantastic job, but it should be down to all of us (Government) to ensure that schoolkids do not go hungry. The primary responsibility has to be parents; I don’t accept that there are families so poor they have to make red soup. There are millions spent every week on poker machines, Lotto tickets, booze and drugs. Maybe priorities need to be looked at in some places...

Very sad but! Too many beneficiaries priorities go in this order; booze, drugs, cigarettes, oh and some food if there’s any money left.