Next steps for the proposed kerbside collections 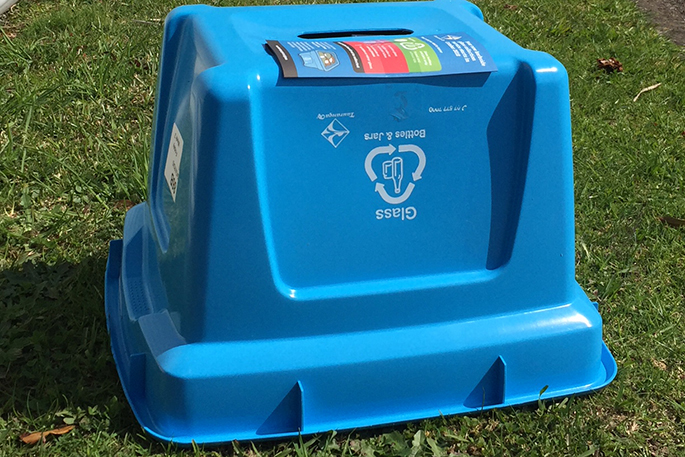 The deadline for private waste companies to submit proposals for a rates-funded kerbside collection service for Tauranga residential properties has passed.

While the council can’t release the number of proposals received, they are very happy with the interest shown by the private waste collection companies.

The proposals will be evaluated by staff over the next three months, along with the Talking Trash Survey responses and other feedback from the community, says a Tauranga City Council spokesperson.

"In June this year, Councillors will then consider staff recommendations and make the final decision on whether any rates-funded kerbside services will be introduced for the community.

"A question on many ratepayers’ minds, is what the final cost of the kerbside service will be. Until the evaluation process has been completed, a precise figure cannot be provided, but council staff are confident the service will provide improved environmental and financial outcomes for the community."

A good indication of cost is that similar rates-funded services in other parts of New Zealand cost between $200 and $350 (including GST) per household, per year.

The council has also requested proposals that recognise those in the community who produce less waste and are looking at options for alternate bin sizes and frequencies of collection to help encourage waste minimisation, and minimise costs to households.

If Councillors decide to introduce rates-funded kerbside collections, the cost would not appear in rates invoices until July 2021.

"Many residents are currently paying private waste operators for a kerbside service, so for them, payments to the private contractor would stop and be replaced with a charge to their rates.

"Tauranga is the only major centre in New Zealand that doesn’t have some form of rates-funded kerbside collections, leading to us having higher volumes of household waste going to landfill per capita.

"Nearly 70 per cent of our household waste currently going to landfill could be composted or recycled instead."

The proposed kerbside collections are expected to make it easier for all residents to take part in composting and recycling, which will greatly reduce the volume of our household waste that is currently sent to landfill.

For more information about the proposed services and community feedback, visit www.tauranga.govt.nz/rates-funded-kerbside-collections

I pay a company to collect my rubbish. I am more than happy with them, they are pleasant to deal with, efficient, and the rate they charge is reasonable. Now I will be required to pay the Council instead and I have no option. The collection is NOT being Rates funded, it is being collected through the Rates. If it were "Rates funded" we would not be paying extra for it.

We need to be able to opt out of this. We don’at all have the storage space, will be paying for something we don’t need. I will take several months to fill the bins and, like the glass bin, will find it impossible to get them to the roadside. My wheelie bin company comes to my house to collect the bin.

"Many residents are currently paying private waste operators for a kerbside service". And people are paying for an off-kerbside service because the kerbside is not only is unable to sustain multiple dwelling bin placements, but largely unaccessible by those who don’t live out near the street. Not an uncommon situation in a city like Tauranga subdivided by cross-lease developments, some quite extensive and without a road side footprint.

Hang on, you’re about to put our rates up at least 12.5%. What do we get for that? Now you want us to pay hundreds more on our rates for a load of rubbish. We’re already doing that. I can think of a load of rubbish that needs to go straight away . . . It’s fast looking like you’re deserting your voters, your people Colonel.

Yeah and little old Ethel in her unit and half empty bins will be subsidising some rich fat cats who produce enough waste to fill a skip. More robbing of the poor to pay the rich from the Racketeers.

I hope as part of the tender process the pick up companies will have to prove that their trucks will contain all rubbish once collected. Today is rubbish day in my street... which was clean yesterday. Today, after the rubbish truck has been through their is rubbish everywhere again. I watched a truck go down the road last week. There was paper, plastics & cans spewing back out of the truck as it drove down the road. NOT COOL !