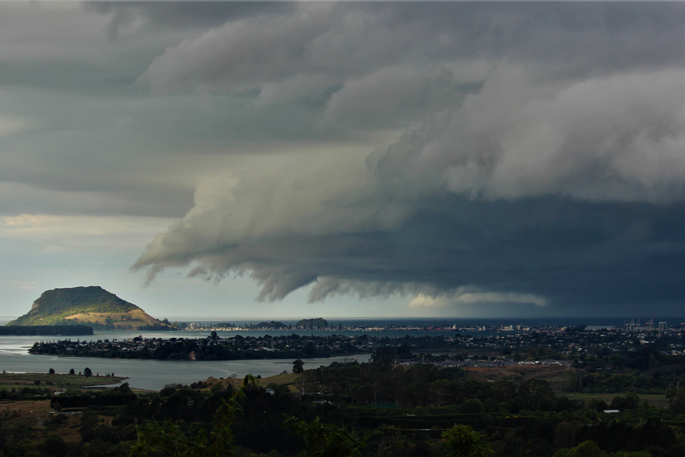 The storm movning across the BOP. Supplied photos.

Many Bay of Plenty residents captured the storm moving across the region overnight.

One resident sent SunLive images of what could “possibly” be a funnel cloud hanging over Tauranga.

It isn’t uncommon for a funnel cloud to extend down from the base of a thunderstorm cloud, says Metservice meteorologist Ciaran Doolin.

“We did see quite significant thunderstorm activity in that region and funnel clouds can be associated with severe thunderstorms.”

He says the thunderstorms came with a cold front across the North Island.

Heavy rainfall also hit some parts of the Bay of Plenty, with Whakatane reporting 16.5mm of rain over one hour at 6pm.

The weather is likely to remain settled until the end of the weekend, with the cold front clearing and moving through to the North East of New Zealand.

"We are back into a period of settled and fine weather as far as BOP is concerned." 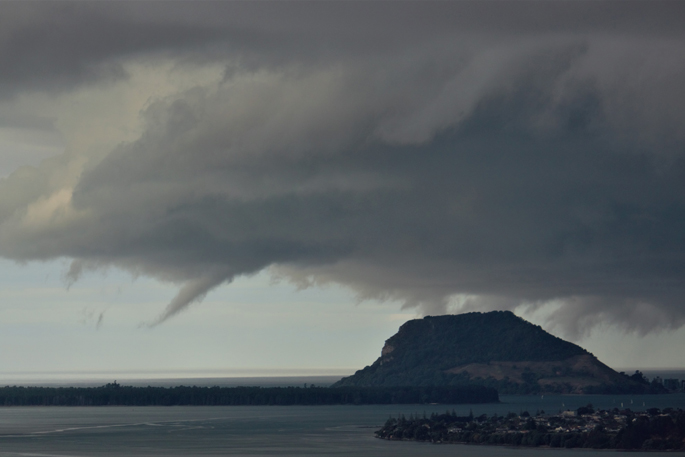