Draft city budget to go out for consultation 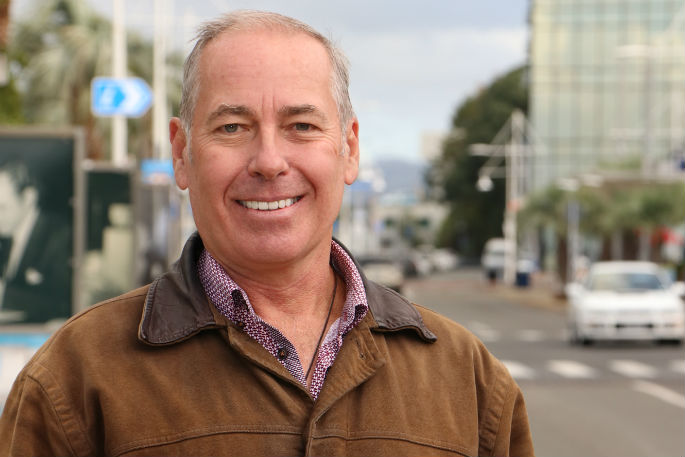 Tauranga’s mayor and councillors have voted to consult with the community on an annual plan enabling continuing investment in the fast-growing city, while signalling the need to work with regional and central government on solutions to funding and financing challenges.

At a Tauranga City Council Policy Committee (Annual Plan) meeting on Thursday, the mayor and councillors voted 6-5 for a draft budget that would see $244 million in capital expenditure, with a 12.6 per cent average rates rise.

Businesses will be consulted on paying a higher proportion of this, recognising the need for investment in transportation and other projects supporting the local economy.

If adopted, the plan would see rates for the median residential household rise by about $4 a week.

Mayor Tenby Powell says Tauranga had fallen behind in funding and infrastructure because of an “abject lack of courage” in the past.

A long-term solution was being sought with regional and national partners, but strong leadership and bold decision-making was required now.

“It’s time for us to grow up – and this is our chance to stand up on behalf of current and future residents.

“People want to live here and to bring their businesses here, and come here they will. Tauranga is a magnet city – not a walled medieval town.”

The vote came after the meeting heard that Tauranga faced serious challenges if the average residential rates increase was restricted to the 3.9 per cent councillors had previously asked staff to budget for.

The executive instead recommended that a budget with an average rates rise of between 12.6 per cent and 17.6 per cent be taken to the community for consultation.

Their report says that increasing capital project costs and budgets, weathertightness claims and the deferral of elder housing property sales had affected the council’s ability to budget.

Collectively, the councils were talking with central government about long-term funding solutions.

The adage that “growth pays for growth” was no longer true, partly because of long pay-back periods. This was backed by an Infrastructure New Zealand report that, nationally, it cost councils $50,000 to pay for the pipes and roads for every new house.

The meeting heard that the lack of housing and infrastructure in Tauranga was already holding back growth.

Public consultation for the draft annual plan is expected to start on March 25.

Totally understand where you are coming from. And yes NZTA will provide part funding for some local roads, as long as your transport system meets their rules. That means high investment in cycle ways and no hot mix (Tauranga people keep complaining about both) - so less cycle investment and hot mix roads = no funding support. Plus development fees are set. Centrally. So no matter how unfair it is, not a lot that Tauranga can do about it. Now is Auckland there is one new subdivision where the development is building all the infrastructure and then they apply an additional rate on the property for the next 50 years. But that’s for roads and pipes, not water treatment plants etc. no easy answers, but attacking people trying to make a difference doesn’t help.

How is that FAIR?

Interesting to see how the word Fair can be used to instill unfairness. Shouldn’t the Uniform Annual Charge be higher so that all properties pay the same rates rather than based on valuation... what difference in services do properties get by value? The issue of affordability and how much a person can pay should be handled differently than how the property rates are calculated.

I agree with you 100%. The stupidity does have to stop. But it seems to be us that is stupid... we keep electing people who do the same old same old. 12.6% increase (without any extra services) is NOT a bold move that is overdue; it is a mechanism to keep the pet projects alive. in order to justify this, why is there not a list of projects that have been scrapped, and a list of projects that will be funded? Why aren’t the prioritization criteria transparent and the decisions answerable to the people who are funding them? We should be getting far better local governance for the money we are paying.

The big money is for water and roads. But the Government is meant to pay for the State Highways completely and half of local roads. It was the new Government that left the last council stuck by disgracefully cutting that funding. It looks like some of this huge increase will go to pay for that which is unfair and just sucks up to them. Also the new water factory and pipes should be paid for by fees on new houses, not rates. Using rates instead of fees just subsidises developers. Mayor Tenby and his councillor followers like Baldock didn’t have the fortitude to campaign on such high rates increases. I feel we’ve been sucked in by an Aucklander. It’s all very well for him owning an $18 million mansion. We are just average Tauranga house owners.

I hear a lot of complaints, what I don’t hear is solutions. Tauranga simply can’t pay to keep water coming out of our taps and from waste flowing down the streets when it rains. So unless everyone is happy to have no drinking water in the summer, then action is required. TCC have stuffed up some projects - sure. But what are we talking about $20-50M? We are spending $500m just on one water treatment plant. So stop complaining about things that make little difference. Growth does not fund growth. TCC are also legally required to deliver infrastructure and land for growth. This is an issue of how councils are funded. I think our new Mayor is the first one to confront the challenges with central government. So stop complaining at TCC and start talking to your MP.

Councillors have fingers in pies and are only interested in boosting their business profits. Read their election claptrap. Rates are the mechanism they use to take money from the struggling to put in their, and their business mates, pockets. They haven’t fallen behind in “funding” whatsoever. They have just spent way beyond their income on pointless projects, stuff ups and overpaid “managers”. Take rubbish collection and recycling. It is just smoke and mirrors. Racketeering at its finest.

’The pairing of Powell and Baldock as Mayor and Deputy will go down as the most disastrously big spending combo we’ve ever seen.’ Sadly, words to be marked. Another commenter calls Powell the ’smiling assassin’. Looks like an apt description. Sad to see those new councillors sucked in by his slick talk, obviously unable to think for themselves. You will hang your heads in shame. After you have helped me stump up for this horrific rates rise.

What a waste of time,they have made up their minds,how many times have we seen this scenario the vast majority will oppose the excessive increase however TCC will ignore .Best solution- don,t sell your house in Auckland Mr Mayor just pack up now and go back. PS take Baldock,Clout and those other councillors who voted for this back with you!

Previous council and mayor were better

Despite the problems and failings the previous mayor and council kept rates to the 2% plus inflation level which meant increases of about 4%. They were let down badly when the Labour Government cancelled the road projects it was responsible for, and canned the Bayfair underpass. The old lot stopped the fixing of the Mount track when it got so expensive and asked for a cheaper fix. This new council might have fixed the track but at what cost? I heard they didn’t even get a quote? If that’s better leadership, I don’t want it. Thank goodness for councillors Morris, Robson, Hollis, Kiddie and Grainger for sticking up for the ordinary citizen rather than the beautiful people that elected Tenby, Larry and the followers.

The Tenby, Larry and Disciples Show

It’s far more courageous to live within reasonable budget increases than stick the rates up 12.6%. The pairing of Powell and Baldock as Mayor and Deputy will go down as the most disastrously big spending combo we’ve ever seen. The people commenting that they’re happy to pay are either naive or have council contracts. You’d have to wonder who benefits from growth because it always ends up costing ratepayers heaps. Growth should come from charges on new sections and buildings, not existing ratepayers.

Well i suppose we have to pay for council stuff ups and work blowouts somehow. Bella Vista, Greerton, pedestrian crossing Phoenix park with unpronouncible iwi name, welcome bay slip lane no improvement. Using expensive consultants for just about everything. If this council was a private co it would have gone bust a long time ago

I partly blame ourselves for being sucked in by a slick mayoral campaign. Lots of self promotion and smooth words. Great business leadership that would bring in a new golden era. Now we’re facing a huge rates increase. What happened to the great connections with Jacinda, Twyford, Shane Jones etc that were going to get the Government to pay for its responsibilities here? This Council should stay out of state highways, social housing and other stuff that’s not its responsibility.

I guess progress comes at a price and so long as the job is done properly the first time and we don’t keep having these excessive budget blowouts then we’ll be heading in the right direction. The TCC need to look at how these jobs are detailed and executed. Repairs are normally within a few months of supposed completion due to shoddyness (is that even a word), and even then it’s a temporary fix before the proper fix. Companies are creaming it and TCC need to step their game up against these companies. Do the job once and do it right. I don’t mind paying my fair share to live here but the stupidity needs to stop.

Words cannot explain.....unnacceptable. First thing they did was increase their own salary packets

I tend to agree with the Mayor that is is obvious we have had growth beyond our ability to build infrastructure. We already pay higher rates than most in the country and then pay for other services on top making the real cost even higher. What really annoys me is the blatant waste of money and dumb projects with little or no value. Greerton annoys me every time I go there. The bus system changes annoy me every time I try a simple trip to the hospital. The traffic speed on Pyes Pa road and lack of crossing to the shops annoy me . Rubbish collection additional cost amaze me. Growth that has clogged the city and outstripped most amenities. Will waste continue? Sadly nothing encourages me to think not. I am sorry for the many who really are struggling with costs.