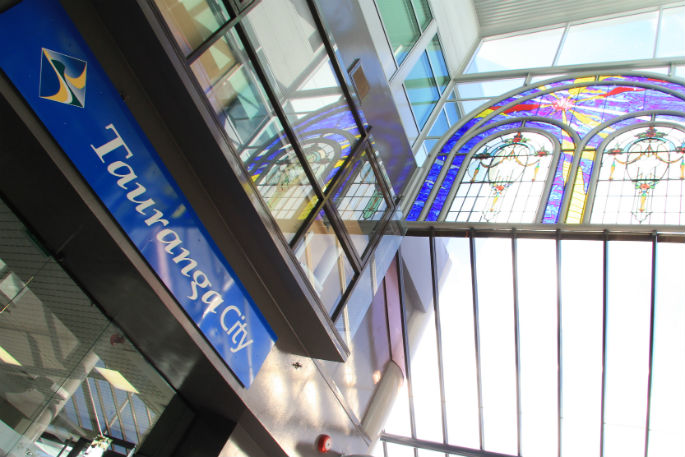 A draft rise of 12.6 per cent in rates for the next financial year has been approved by Tauranga City Council.

In the Policy Committee meeting held today to discuss the draft annual plan, council voted 6-5 for the draft increase.

This equates to a median of eight per cent for homeowners.

Staff presentations about the city’s financial situation took place this morning, and were followed by debates from councillors.

Also discussed was a shift towards assigning a bigger proportion of the rates rise to the commercial sector.

An increase of the commercial differential from 1:2 to 1:3.

The decision allows for a capital programme of $244 million next year.

The draft annual plan will soon be going out to public submissions.

Councillor Steve Morris, who voted against the resolution, says Tauranga is already one of the highest cities in New Zealand in terms of average residential rates.

“Our residential rate payers are more than stepping up, showing the appropriate level of courage and we have run out of runway room to hit them anymore.”

It might be time for the public in Tauranga to get the government to step in before the rates in Tauranga go spiraling out of control. Has anyone ever seen TCC deliver anything on time under budget and it actually be any good?

And unnecessary. Good to see a pretty unanimous backlash, even though it won’t do any good. Remember who voted against it, come the next local election.

If these guys use ratepayers monies to spend on frivolous things such as name change,they will have a riot on their hands.

The council obviously does not have basic budget skills. We the people must live within our means but for some reason the council can’t l send them back to primary school to learn their numbers

It doesn’t matter who you elect, they have their own agenda and will soon change course on pre-election promises...this city has been growing at a great rate of knots for years yet the elected council has put the burden of the costs on the ratepayer, not the businesses/ individuals that profit from it’s growth...user pays isn’t apparent in this town..we all also pay for "pet" projects..wait til the Museum raises it’s head again , eh Larry, even when the citywide referendum ( by those motivated enough to vote) was clear we don’t want it...Councillors know best...yeah right...wish I could just put up my wages whenever I’ve had financial difficulty, oh hang on, that’s the real world..this bunch have barely warmed their seats and in the trough they go, it’s not like it’s their own money so no consequences except at the ballot box while we’re left to pay !

Up the user pay.

one time mayor and some counciler’s old tauranga citizens cannot stand any more of this hope they are voted out next election, do not waste taxpayer money on none essential crap we need good business experience not ex military, i was a manager for a government department that was doing fine they then appointed a retired wing commander as co and it went down fast and was closed,

Are you having a laugh?

12.6%! You guys at the council have lost the plot how about you just stop wasting money! i.e like why are we giving nzta 2 mil to see if a tunnel under the bloody road at bayfair for a start, have changed my mind about the new mayor, will not be voting for him again that’s for sure! What are you doing with all the rates from all the new houses???? The developers are paying for everything at the mo, brand new roads no money to be spent. You guys need to go on a budgeting course!!!

Councillors will not feel the effect of any rate increase, their first decision after the election was to increase councillors pay. Before any increase in rates, does the council run efficiently? Not from what Ive seen. 14 damn PR personnal, what the heck do they all do?????

We know what will happen,might as well not bother with public submissions because they take no notice of them anyway.By the time it gets final approval I dread to think how much they will increase ,plus we have GST to add on! Larry Baldock may get his wish last to leave switch off the lights!!!!

You only have to read their election claptrap to see they vote purely for themselves. Some even have the cheek to write about housing affordability and then vote to shaft people who are struggling to pay the bills. Do they think once you have a house that’s it? It runs on fresh air? Meanwhile they pour millions down the gurgler on pointless projects like Ngatai Rd. Bunch of clowns.

The draft increase in rates of 12.6% is absolutely absurd when inflation is around 1.6%. I won’t be voting for any of the 6 who voted in favour at the next elections, they need to go. The Mayor Tenby Powell needs to be the first to go.

Where are the savings ?

So where are the savings to pay for this coming from? Lets start with the inflated staff numbers and bloated salary levels !!!!!!!!!!!!

Why didn’t Tenby and Larry promote their ridiculous rates increase proposal in an honest and transparent election campaign? We’ve still got two and a half more years of the spend-up large mentality. The previous council managed on 4% increases, and that’s despite the screw ups. Surely now they’ve stopped we need less. Council should be reducing its costs before hitting us ratepayers again. Stop funding projects that are Government and others responsibility and stick to your core functions.

This is not Fair!

All the promises made by the new mayor to find other ways of funding TCC projects, prior to the elections, have proved to be BS ! With Tauranga’s large population of elderly people on ’super’ - they can’t be expected to pay more rates than they are already paying! You can’t get blood out of a stone! Shame on you Mr Powell - with all your big ideas - and the other councillors who voted with you. Pointless putting out the draft annual plan for public submissions! You will do it your way anyway. Am I angry? YOU BET I AM !!!

A thumping great rise especially for stretched household budgets, too much for many on fixed incomes I fear. Well make sure you spend every dollar wisely as I’ve seen enough wasteful and pointless spending I should quote examples like Greerton but there are many . Guess you have three years to make a big difference before you become once again accountable to the ballot box.. hold tight it’s going to be a bumpy ride