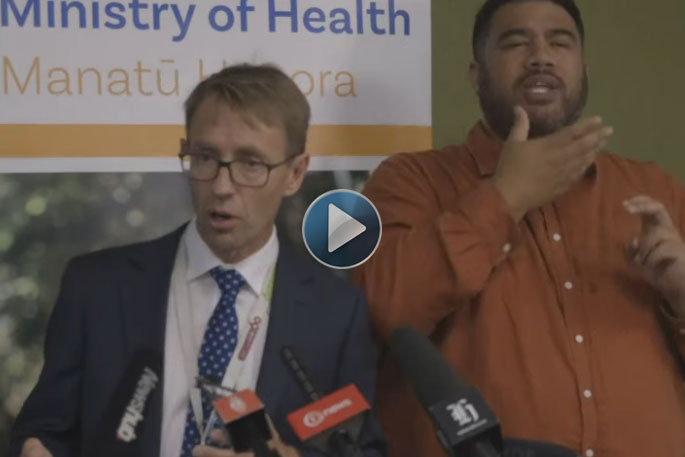 A New Zealand citizen who has recently returned from a trip to Italy has been confirmed as having coronavirus.

The World Health Organisation says on its website that a second New Zealand case has been confirmed.

The Director-General of Health Dr Ashley Bloomfield says the citizen is a woman in her 30s who had recently returned from a trip to Italy.

The positive test result was formally reported to the ministry at about 6pm yesterday. At that point, health authorities began notifying the woman and her family and started the process of contact tracing.

The woman returned on an Air New Zealand flight NZ0283, from Singapore to Auckland on 25 February.

Ashley says anyone who was on that flight and is concerned or wants information should contact the Healthline number (0800 358 5453).

Ashley says the woman is self-isolating at home and is being monitored. She does not require hospitalisation.

Her partner has also displayed symptoms and is being tested.

Contact is being made with the two medical centres where the woman sought advice and treatment to determine whether there is any risk to staff or other people who may have been at the centre at that time. Contact tracing and action will be taken as required.

Two schools have also been notified about the positive test as there is a family member at each of those schools. These schools are Westlake Boys and Westlake Girls' High Schools.

The family members who attend these schools are not symptomatic and are now at home in isolation. They did not travel to Italy, are both well and are being monitored.

The Ministry of Health reportedly called the press conference after enquiries from RNZ's Checkpoint about a positive Covid-19 case.

New Zealand's first case is a woman who had returned from Iran via Bali. She is recovering in hospital in Auckland.

The ministry says 160 tests have been carried out. All the testing of New Zealanders for Covid-19 were being done in New Zealand.

Air New Zealand says it is working closely with government agencies to identify and contact other passengers on board the international and domestic flights.

Total infections worldwide have topped 90,000, with deaths now over 3100. Nearly all cases and deaths have been in China but the numbers in Iran, Italy and South Korea have continued to grow.

Travel restrictions have been extended this week with people travelling via Italy and South Korea having to go into isolation for two weeks upon arrival. Visitors travelling from mainland China and Iran are already barred from entering the country, while citizens and permanent residents from those places are being asked to go into isolation.

Naivety in the Extreme

Our prime Minister is incredibly naive if she thinks when she asks people from certain countries to ’self isolate’ for 14 days they are actually going to do this! First example today - woman from Italy flying around the country for days before entering a medical centre - not one but two medical centres before being diagnosed. Two children at school. If it wasn’t so serious this governments laid back approach to the virus would be laughable!

It is interesting that only those traveling via Italy directly have those restrictions as Italy has open road borders with 4 other countries. It would be very easy for any person to pass through Italy for a period of time from one of these places then return here.