Trade safely – stay in the zone 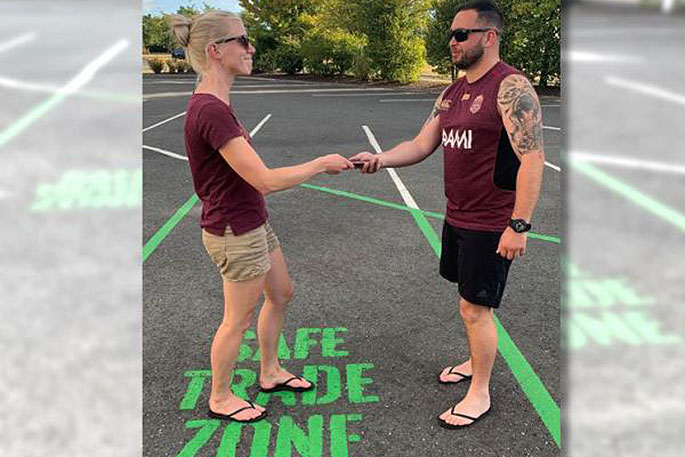 The safe trade zone is all about giving people somewhere safe to complete trades.

Low-level fraud has fallen significantly since the introduction of a safe trade zone by Taupō District Council and Police.

The trade zone, in the west car park of AC Baths, provides a designated area for members of the public to exchange items they have organised to buy or exchange online.

Detective John Goddard proposed the idea of a safe trade area after seeing several online frauds that could have been prevented if the parties involved had a safe meeting place.

Similar initiatives have been used in the US, where John was first introduced to the idea. He recognised its potential for Taupō and the zone was launched there late last year.

“Police want people be safe and feel safe, and the safe trade zone is a low-cost and low-risk solution to a big problem,” says John.

“This has been very successful and we’ve seen a significant reduction in low level fraud as people use that safe trade area.

“It’s popular with the community and I think it gives people confidence knowing that they are in a safe, designated area with plenty of security.”

The initiative was supported by Taupō District Council, and Mayor David Trewavas is pleased with its progress.

“It’s great to see this area is being used by our community and is helping to keep them safe,” he says. “I encourage anyone exchanging items to use this area as a simple yet effective way to keep themselves safe.”

The safe trade zone is available 24 hours a day, seven days a week. It is well lit at night and is covered by a high-quality CCTV camera.