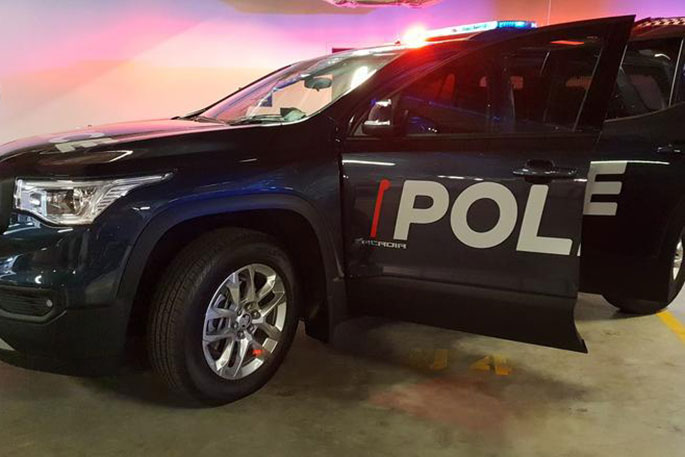 The new Armed Response Teams have been called out at 50 times the rate that Armed Offenders Squads were last year.

The teams were deployed 75 times a day in the first five weeks of a six-month trial that started late October, according to data released under the Official Information Act.

Police say the trial is going "really well", the public is getting "good value", and the teams have not fired a gun once.

Last year, Armed Offenders Squads were called out on average 1.3 times a day across Auckland, Waikato, and Canterbury - 488 times in the 2018/19 financial year - for both emergency and pre-planned events.

The same AOS officers, which make up Armed Response Teams, were deployed 2641 times between October 28 and December 2 last year in Counties Manukau, Waikato, and Canterbury districts.

This means armed police are attending more jobs in an average week than the Armed Offenders Squads were sent to in an entire year.

In the same five weeks, Auckland Armed Response Teams were deployed 67 times, an average of almost twice a day, in Waitemata and Auckland City - districts outside the trial's scope.

"It sounds very much, given that volume, that they're involved in day-to-day policing," says private investigator and former police officer Tim McKinnel.

"I think a large number of them are going to be routine traffic stops... but we were told by the Commissioner [Mike Bush] when he launched them that they were to focus on high-risk armed situations, high profile public events."

Even police admit the teams - which carry a pistol and have a Bushmaster rifle in the car - are dealing with some low-level crimes they come across.

Freda Grace, the police national commander who oversees Armed Response Teams, defended the wide range of jobs they have attended. This includes "a lot" of traffic stops, she says, but the teams' focus is on high-risk events.

"They will also be undertaking quite a lot of proactive activity, because we wouldn't want people to be sitting in a vehicle just waiting for a specific incident to come in. We'd want them to be occupied all of the time."

Freda says this showed the country is getting "good value" from these teams.

But Tim says there is a danger using armed police so routinely.

"In some respects, it's not surprising if you have a tool or resource or unit like the ARTs - you want to use them, you don't want them sitting around doing nothing.

"This is one of the fears with them; once you introduce them then you're forced to use them. In practical terms, once you have these full-time armed teams, you want to be using them more and more and more".

Victoria University Professor of Criminology Simon Mackenzie says having roving officers with guns day-to-day, for no specific reason, would meet many people's definition of routine arming.

Simon says for police to say they are opposed to routine arming but then routinely arm some patrolling officers is "Trumpian newspeak".

"So, of course, they're going to be asked to respond to other calls and engage with any emerging events that happen nearby. The problem is that then brings police with guns into normal day-to-day business, policing in the community.

"That is not a good development, that is not what the trial is supposed to be about, as far as I understand it."

Freda says there had not been any shots fired by the ARTs during the trial, more than four months ago.

She says these officers are highly trained and skilled at de-escalating situations, and there were a maximum of 12 officers on duty across the country at any one time.

"They are delivering excellent services, and there is no reason for anyone to be concerned if they see that group of officers in their neighbourhood or street.

Freda says it isn't a surprise that teams had been to jobs outside of the trial districts.

She says the district boundaries were arbitrary, and if there was an incident on the other side then the public would expect police to attend that, even if it was technically outside of the trial teams' ambit.

She says the Auckland ART base was in Auckland City so they would inevitably drive through and spot jobs.

Simon worries about mutual escalation - offenders knowing police are armed, and instead of submitting, levelling the playing field by arming themselves more.

He says consequences of more regular arming could go one of two ways - well, and crime falls; or badly, escalating to something resembling the United States.

"Bringing guns regularly into communities, especially with the well-known racially disproportionate effects of the criminal justice system writ large - the fact that these guns will almost inevitably be disproportionately used is something that means that this may seem like a small decision, but actually it's probably quite a big one."

The trial finishes in late April. From there it will be assessed as to whether it will be scrapped, continues, or rolled out more widely.

Correct me if I’m wrong, but I was under the distinct impression that Jacinda’s recent crackdown and confiscation of firearms from law abiding gun license owners was supposed to curb the increasing incidents of illegal gun activity?!