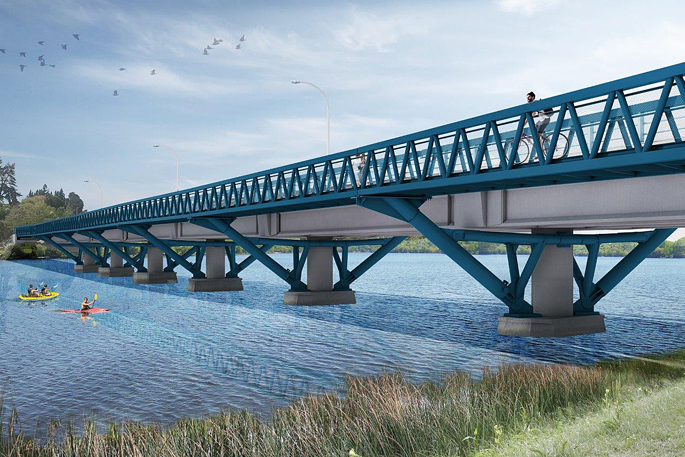 The planned Wairoa Bridge Closure for tonight has been postponed until March 16.

Wairoa Bridge on State Highway 2 will be closed from 10:30pm until 5:30am on Monday, March 16, the New Zealand Transport Agency is advising.

This is the second of seven planned closures, from February to April, to allow Western Bay of Plenty District Council to install sections of the cycleway extension on the bridge.

It will be followed by the third planned closure the following night, Tuesday, March 17.

The cycleway extension is one of the final stages of the Ōmokoroa to Tauranga Cycleway.

This is a significant closure and works are being carried out overnight to minimise disruption, says NZTA Bay of Plenty System Manager Rob Campbell.

“We encourage people to plan ahead, allow extra time, or consider delaying unnecessary travel where possible.”

During the full closure the following detour will be in place:

Northbound motorists from Tauranga will need to take the signposted detour from SH2 in Bethlehem via Moffat Road and Cambridge Road, onto SH29 before connecting with Poripori Road, onto Crawford Road through to Wairoa Road and then back onto SH2.

Southbound motorists will need to take Wairoa Road before connecting with Crawford Road, through to Poripori Road and then onto SH29.

The detour route is not suitable for High Productivity Motor Vehicles (HPMV’s greater than 50Max), over-dimension and overweight vehicles.

Remaining closure dates will be released as they are confirmed with council’s contractor.