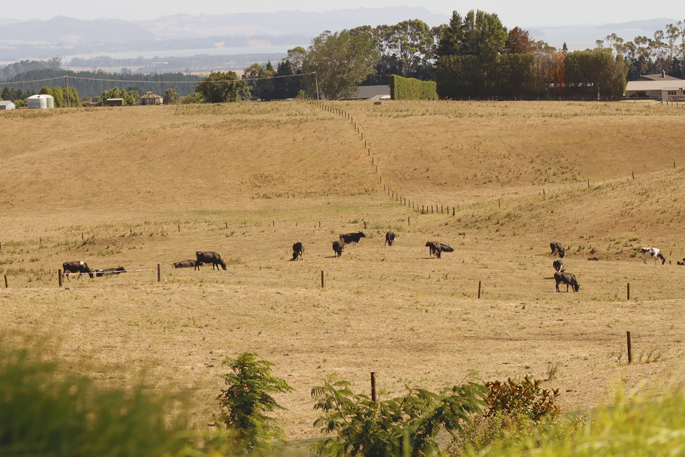 Conditions are dry in the Bay of Plenty. Photo: Daniel Hines/SunLive.

As New Zealand enters Autumn, Metservice can now confirm that this has been the driest summer on record for parts of the upper North Island.

The Meteorological summer runs from December 1 to the end of February.

In Northland, Whangarei recorded its second-driest summer on record, seeing only 70mm of rain across the three month period. To beat this you would have to go back to the exceptional drought of 1945/46.

“In the Waikato, Hamilton Airport saw its 2nd driest summer on record since observations began in 1937, while Ruakura experienced its driest summer ever at 91mm, in a very notable record since 1905," says MetService meteorologist Andrew James.

Summer in the Bay of Plenty and Coromandel was also extremely dry.

Whitianga recorded its driest summer on record, with 73mm of rain. Tauranga Airport observed its second driest, with 88mm in the rain gauge.

Tauranga observations date back to 1898, so this is a particularly significant ranking.

The good news? As New Zealand enters autumn, there is some brief relief in sight for drought-stricken areas mid-week, but for the West Coast the rain may be less welcome.

A burst of rain is on the way for Westland overnight tonight (Monday) and MetService has issued Watches and Warnings for parts of the South Island.

As that rain band moves north, it begins to break down the persistent high pressure that has sat over the North Island for the past six weeks, and delivers some welcome, but brief, showers to the upper North Island on Wednesday.

“This system is by no means a drought-breaker, but a slight sigh of relief might be heard across these dry regions,” says Andrew.