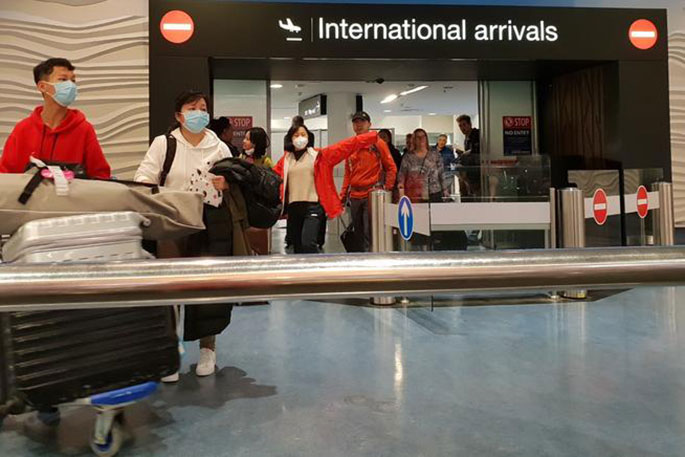 Travel restrictions for Iran and China have been extended for a further seven days, and people arriving from northern Italy and South Korea will be required to self-isolate, the Prime Minister has revealed.

Jacinda Ardern gave an update on the Covid-19 coronavirus today after the Cabinet meeting.

As well as extending the current travel restrictions, Ardern says the New Zealand government has decided that those arriving from northern Italy and South Korea will be required to isolate themselves for 14 days and to register with Healthline.

"This is a balanced and precautionary approach," she says.

New Zealand's only person confirmed to have caught the virus was in a stable and improving condition, and 15 passengers who were near that person on the flight into New Zealand had been contacted, she says.

All but 10 passengers on the flight had been contacted, which was because of incorrect details given on their arrival cards.

She says with 87,000 cases of coronavirus globally, it was known that self-isolation worked and had "proved its worth in recent weeks".

Jacinda says she met health staff at Auckland Airport screening and those staffing Healthline over the weekend.

Businesses affected by the virus would be helped, with an extra $4 million allocated to the programme after chambers of commerce across the country asked for help, she says.

She says Ministry of Social Development teams are contacting employers on a daily basis.

It is still too early "at this stage" to determine the extent of the impact of Covid-19, Jacinda says.

Today's briefing follows reports that two people in Nelson are being monitored for signs they have the virus, and the first death in Australia from the virus yesterday.

Self isolate !! That’s right up there with don’t take drugs and don’t use your cell phone while driving. The Kiwi way, what ever response is the most cost efficient. God will need to help us.. Oh yeah right. Good luck everyone..

How incompetent the government is not controliing the emirates plane from Iran & putting all New Zealanders at risk. Why are the travellers on this plane are not in Quarantine is a total dis regard for the NZ public safety. We have strict health & safety rules at the work place but seems its ok for others to spread a highly infectious disease now open to the public. Will Jacinda expose here family to the people from this plane? I think not. Jacinda is not doing a prim minister job, she is a celebrity. Winston Peters is just an old fogy who can’t give anyone a straight answer, like Jacinda not at all interested in the health and well being of New Zealanders. Jacinda & Winston need to resign as they are responsible for the outbreak. Ken Smith