Fastest man Natzke needs to do it all over again 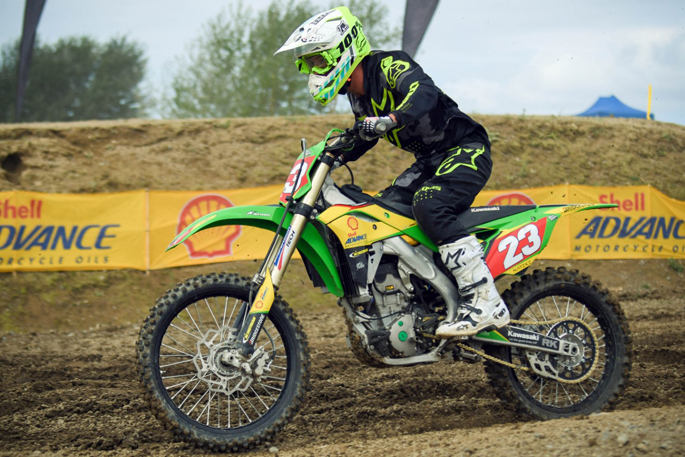 He has been the fastest man all season, but Mount Maunganui’s Josiah Natzke is now going to have to prove it all over again, one more time.

The 21-year-old arrived at Hawke's Bay's Ngaruroro Raceway circuit, near Fernhill, for Sunday's third round of four in the New Zealand Motocross Championships, Natzke eight points clear at the top of the talent-laden MX2 (250cc) class.

He then proceeded to qualify fastest – ahead of visiting Australian Kyle Webster – earning Natzke first selection for a position on the start gate.

He then converted that into a race win in the day's first of three MX2 class races.

However, the next MX2 race was a disaster for Natzke.

He was sent tumbling when another rider smashed into him in the first corner and, badly shaken, he took an age to dust himself off, check his bike for damage and remount.

He was two-thirds of a lap behind the fast-disappearing bunch before he got going, but get going he certainly did, catching the tail end of the field and then clawing his way through the pack to eventually claim eighth overall at the chequered flag.

Perhaps gun-shy after the earlier first-turn incident, he found himself back in the field at the start of the third race too, but again he set about "minimising the damage" to his points tally and fought his way through to sixth at the finish.

Mangakino’s Maximus Purvis was the man to take the most advantage of Natzke’s misfortunes, finishing runner-up on the day to Christchurch's Dylan Walsh.

Natzke has gone from eight points in front and top of the class at the start of the day at Fernhill, to second overall and four points behind Purvis, a massive 12-point turnaround.

"It was a tough day. I was the fastest rider on the track and winning the first race set me up for a good day. But it wasn't to be and that's racing for you," says Natzke.

"When I got hit at the start of race two, totally out of my control, it took me a few minutes to check my body and bike was okay. I thought, 'okay, if my body's intact and my bike's okay, then I better finish this race'. I was almost lapped by the time I got up, so I was a long way back."

"I've got two weeks now to prepare for the final round and I want to come out and win it. I'm looking forward finishing it at Taupo."

The riders will head to Taupo in two weeks’ time for the “final showdown”.