Hartford Ave. Image: Google Maps
4pm update: A cyclist has received a fractured knee cap following a collision with a car in Papamoa this afternoon.
The cyclist, who has been training towards the Taupo Ironman, had his sights set on qualifying for the world championships in Kona.
Unfortunately, a CT scan at Tauranga Hospital has revealed that he has a fractured knee cap and will be immobilized for the next six weeks while recovering.
"He has grazing and a large gash to his quad," says the cyclist's wife to SunLive. "His bike -a bright orange specialized shiv - is completely wrecked.
"He was fortunate that members of the public came to his aid very quickly to stop the bleeding and luckily he didn’t hit his head very hard so remained conscious.
"Our friends from the triathlon club were also out on their Sunday ride so there wasn’t a shortage of people to help out and we are grateful for their help." 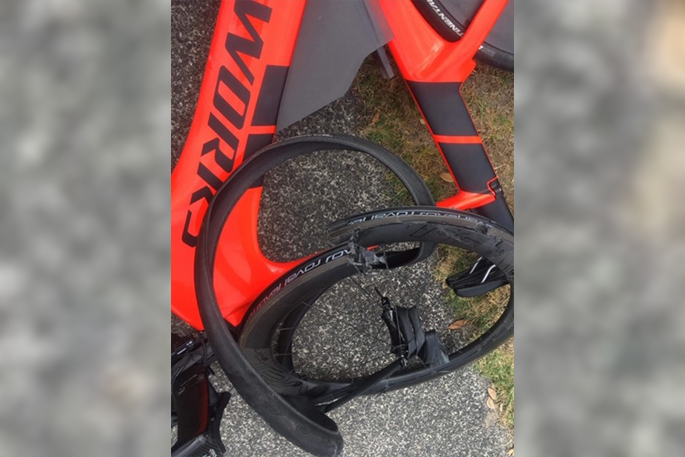 A car and cyclist have collided in Papamoa today.

Police received a report of the car and cyclist crash around midday.

The collision occurred on Hartford Ave near the intersection of Papamoa Beach Road.

St. John Ambulance have also been called to the scene.

A SunLive reader reports that the cyclist appears to be unharmed.

"Having been on the scene about 30 seconds after the accident occurred, I saw the cyclist sitting up communicating with members of the public who had stopped to help."

At the scene? Call 0800 SUNLIVE news hotline or email photos to newsroom@thesun.co.nz

Have been present on Gravatt road recently so one would assume they are in Beach road as well. The problem is that cyclist are using the main streets around Papamoa as a practice race track often riding with their heads down doing 40 to 50 KMH oblivious to their surroundings. These people should ride as defensibly as they wish car drivers to drive as they have an excellent all round unimpaired vision and braking far better than a motor vehicle to stop them. They must take a lot of the responsibility in these types of accidents and be ready for every eventuality and ride defensively.

Time for a speed reduction on Papamoa Beach Road

Papamoa Beach Road, is busy, but not only with vehicle traffic, cyclists, races, but also pedestrians (including parents with children and prams and people with slower mobility) trying to get to the reserves, beaches and bus stops. It is time for many more roundabouts on busy and dangerous intersections such as Hartford Ave, to slow the consitant speeders (often going much faster than the 60km 70-80 is common, 100km+ at night we see and hear often) along with a lower speed limit 50km MAX day and night, and probably time for a speed camera or two along this aprox 13 minute drive stretch of road, which is currently being abused like drag strip day and night. I do hope this cyclist will be ok.... however with the volume and speed of the traffic on this popular road, the next one may not be so lucky.