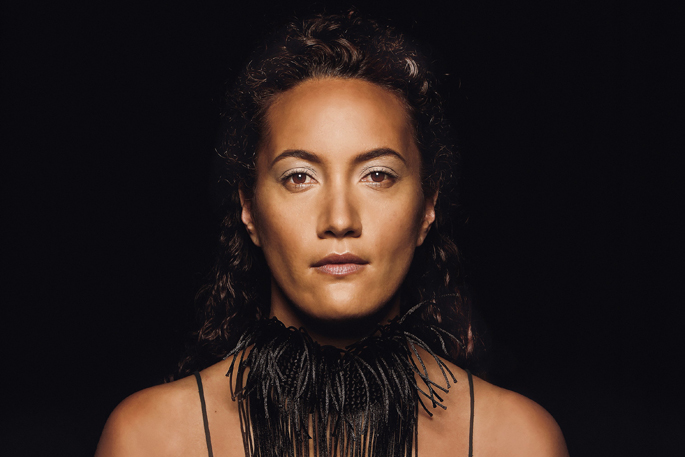 Ria Hall wears a lot hats – she is a mother, singer and musician and has recently been appointed director of the Tauranga Arts Festival.

Between raising her 10-month-old son, Te Rongotoa, and working on the festival, Ria has found time to write and record an album.

Manawa Wera is Ria’s second album and it goes back to her roots of reggae.

“I knew that I'd always do a reggae album because that's how I began my career, writing and performing original reggae music.

“I knew that I would come full circle after having done a whole host of things. I've pretty much sang everything that you can think of apart from opera, so it was just a matter of time before I went back to reggae.”

She collaborated with Laughton Kora of reggae and dub band Kora on the album and it features Troy Kingi, Rob Ruha and members of L.A.B, Trinity Roots, Katchafire and Sons of Zion as musicians.

“They came in and were my band. I've known all of them for a very long time. So it was a natural progression and really easy to work with them in studio and for the most part, Laughton was musical director.”

The album is a collection songs that speaks directly to her views, vision and experiences.

“In these testing times which we live, and with the current social and political climate, it is essential we remain passionate and fervent of heart. To be steadfast, bold and brave irrespective of the storm. These stories are told through music that sounds like the Earth is heaving. That is the essence of this record.”

Having grown up in Tauranga Ria has been a part of the music scene for over 20 years and involved in the One Love festival for six years.

“It was awesome getting the chance to perform my own stuff because I performed in 2018 with the New Zealand Marley All Stars. So being on my own and doing my own stuff was pretty cool.

“It is a treat to be able to perform at home.”

Without the support of her family and friends the 38-year-old wouldn’t be able to do everything she does, she says.

“I've got really strong family support here in Tauranga. I'm really grateful that I've got all of that support, otherwise I wouldn't be able to do much.

“I also bring my son everywhere too, he comes to heaps of festivals and gigs with me and he's very social, so I'm really lucky that he loves people, he loves being around all my different things that I do.”

At this stage Ria is unsure if she will do a tour or shows following the release of Manawa Wera.

“It's a different lay of the land now. It's not your traditional kind of release an album and go on tour, it's a different beast now. It might be a matter of waiting for a bit and then doing some shows.”

Manawa Wera is available on all digital platforms now.