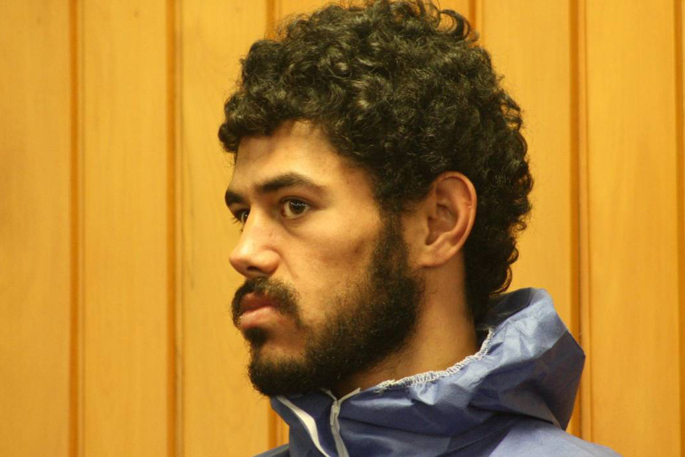 The man charged with the murder of five-year-old Ferro-James Sio, his father William James Sio, has appeared in court.

William, 25, appeared before a packed gallery at Rotorua District Court on Thursday where he faces two charges, murder and child neglect.

William, who was wearing a boiler suit, was remanded in custody until his next appearance at the High Court in Rotorua on March 13.

No pleas were entered on his behalf.

She is facing one child neglect charge, specifically: "Being a person who has frequent contact with a child and knows that the victim is at risk of death or grievous bodily harm as the result of an unlawful act of another person, fails to take reasonable steps to protect the victim from that risk".

Leza’s lawyer Moana Dorset sought name suppression for her client, citing the fact she had not received full disclosure on the case.

"The strongest point at this stage is this is not her son," Moana says.

"I don't know how this is going to affect her family, she does have another child."

Judge Greg Hollister-Jones, however, "found no new information that would cause me to reconsider" an earlier ruling and denied suppression.

No pleas were entered on Leza’s behalf either, and she will join William in the High Court on March 13.

A later scheduled bail application hearing for Leza was also postponed ahead of her High Court appearance.

William was originally charged with assault before the charge was upgraded to murder and the assault charge dropped.

The five-year-old died on Saturday, February 8, at Rotorua Hospital.