Desperate plea being made for plasma donors 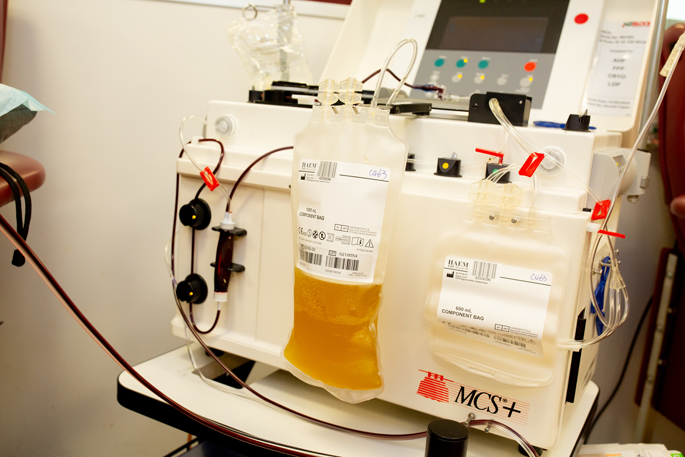 “Plasma demand is increasing by more than 12 per cent year on year,” says a statement issued by NZBS.

New Zealand currently has approximately 10,000 plasma donors, with another 8000 donors needed by June 2022.

Plasma is used for an ever-increasing number of conditions, including autoimmune disorders, accident and trauma patients, boosting the immune systems of people with low levels of antibodies, and providing special clotting factor concentrates for people with bleeding disorders.

NZBS is seeking out new donors and asking existing plasma donors to give more than six times per year.

“While we are currently able to meet demand, the need for more plasma donors, and more donations from existing plasma donors, is very real,” says NZBS spokesperson Asuka Burge.

“Plasma donors can also give more frequently; because red blood cells are returned to the body, people can donate up to every two weeks, as opposed to every three months. Plasma donation also takes marginally more time than whole blood donation – around 90 minutes as opposed to 60 minutes.”

NZBS is confident New Zealanders will step up to the challenge, ensuring enough plasma is donated to meet the country’s needs.

“New Zealanders are incredibly generous, and we’re hoping that by educating people on why plasma is so crucial, we won’t need to face a situation where we are unable to meet demand from within our own country.”

One recipient of plasma donation is six-year-old Harry McPhail.

After three hospital admissions for pneumonia in his first year of life, Harry was given immunoglobulin from blood plasma which is injected into him weekly. Although Harry will need this treatment for the rest of his life, he hasn’t been readmitted to hospital since.

“Harry is now healthy and happy, and thanks to plasma donors he lives a normal life. He’s very sporty, and he loves soccer best,” says Harry’s mum Marie.

“It’s amazing – every week he is given these little bottles of liquid people have donated, and now he doesn’t get sick any more. We are so thankful to the donors for giving their time and keeping Harry healthy.”