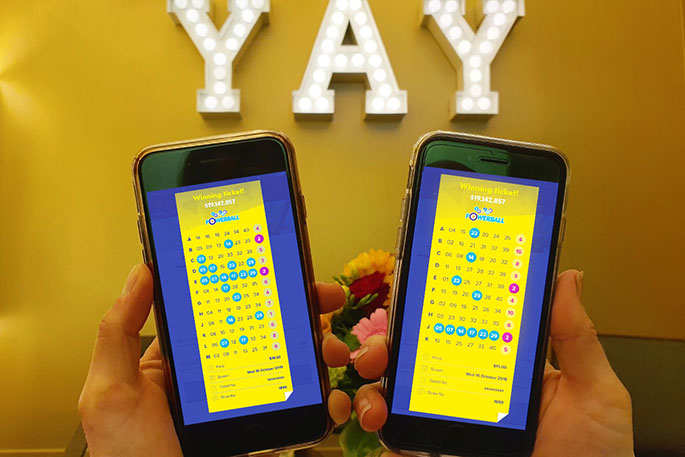 There’s a whopping $42 million up for grabs with Powerball on Wednesday – the second largest prize in Lotto NZ history.

Kiwis up and down the country are already thinking about how they would spend their millions.

Typically, most Powerball winners buy a house or pay off mortgages, help their families, travel overseas, and last but not least, help charities close to their hearts.

One of last year’s winners is no exception to that rule.

In October 2019, Powerball jackpotted to a massive $38 million. The jackpot was shared by two Auckland MyLotto players who each took home a huge $19.1 million.

“It’s absolutely life-changing, our lives will never be the same,” says one of the winners, a mother from Central Auckland.

“We’ve just bought our dream home and will be moving in soon – we can’t wait. We’ve always dreamt of owning our own home and now it’s a reality – though it’s still quite hard to believe!”

Since winning Powerball, the woman has helped family by paying off their mortgages but says the biggest thing for them is being able to help those who need it most.

The family have donated to multiple charities like The Salvation Army, SPCA and others.

“We feel so lucky to be able to help such great causes. One of the best things about winning Powerball is being able to make a difference and give back to the community,” says the winner.

While you may be thinking about handing in your resignation upon collecting your millions, another common theme among Powerball winners is staying in their jobs.

“The win has changed our lives so much, but a few things remain the same. We still work in the same jobs, but now we don’t work for the money – we do it for the passion.”

“I’m still driving the same $2,000 car I had before I won and walking around in the same clothes and shoes."

If Powerball is won by a single player on Wednesday, the $42 million jackpot will be the second largest prize in Lotto NZ history. The first was a $44 million prize won in November 2016 by a couple from the Hibiscus Coast.

Like all lotteries, our games are based on a large number of people paying a small amount of money in the hope of winning a small number of large prizes.

At all times Lotto NZ encourages our customers to play responsibly – this is all about having fun, being informed and knowing your limits. For more information on the tools and resources we offer, visit MyLotto.

Every year 100% of Lotto NZ’s profits go to over 3000 great causes around New Zealand. Over the past decade, Lotto NZ returned almost $2.2 billion in profits to communities all around New Zealand. Read more about how Lotto NZ players made this possible here: A decade of making a difference