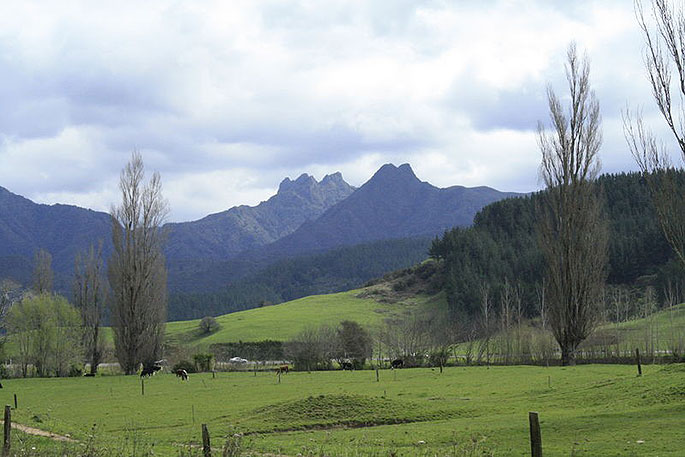 The primary sector is the star of the latest economic data for the Thames-Coromandel, but an economist warns the Coronavirus outbreak is likely to dampen export earnings, as well as strong tourism spending, in the first half of this year.

In its latest data release for the three months to December 2019, economics consultancy Infometrics estimates the Thames-Coromandel economy grew 2.7 per cent over the year to December 2019.

“That’s still above the national average and is not to be scoffed at,” says our Mayor Sandra Goudie. “The local economy is still healthy, with strong primary sector and visitor activity and household spending driving our growth," she says.

He says this trend is reinforced by the number of Jobseeker Support recipients, which rose at a slower pace (7.4 per cent) than the national (10.6 per cent) or Waikato regional (9.7 per cent) averages.

“Thames-Coromandel is very much still one of the tightest labour markets in the country.

“One downside is there’s a smaller pool of people to employ, so it can mean that employers will need to work hard, and possibly pay more, to attract and retain good staff. On the upside, there’s potential for heat to come through in wage growth."

While dairy farming is not concentrated as strongly in Thames-Coromandel as it is in other parts of the Waikato, it’s still the largest subset of our primary sector and our local dairy farmers are expecting an additional $8 million from the 2019/2020 dairy pay-out.

This brings the estimated total local payout for the year to $59.9 million ($7.63 million higher than last season) assuming production levels are maintained.

The flip-side of this strong primary sector is that the Coronavirus disease (COVID-19) could drive a different sort of economic hit as Chinese demand for our primary products weakens.

Infometrics notes COVID-19 may cause dairy prices to soften over the first half of this year.

Similarly, aquaculture, our second-largest primary industry (representing 19 per cent of our regional exports) has a strong exposure to China, where 40 per cent of NZ’s seafood exports were sent last year.

Local horticulture and fruit-growing businesses, accounting for 17 per cent of our district’s total exports, are likely to face a similar hit, considering 21 per cent of New Zealand’s horticulture exports were sent to China last year.

“We are hoping the shock from Coronavirus will be short and sharp, but the longer the issue continues, the bigger the impact will be,” says Brad.

Tourism spending on things such as food, drink and accommodation in our district rose strongly over the year to $408 million, up 7.5 per cent on the year earlier ($379 million) – well above the 3.5 per cent increase for New Zealand as a whole.

But Infometrics warns that COVID-19 is likely to also affect our tourism sector, which makes up nearly 17 per cent of local employment.

Although China is not a significant tourism market for the Coromandel (just 2.1 per cent of total international spending comes from Chinese tourists), it’s expected that international tourism numbers will drop off generally due to the outbreak.

“While there is still a significant risk to Coromandel’s international tourism market, the local effect could be much less than for other parts of the country, which typically attract greater numbers of Chinese tourists,” says Brad.

“This demonstrates the importance of attracting and retaining domestic travellers to the Coromandel, from the drive markets such as Auckland and Hamilton, for example,” he says.

Consumer spending on the Coromandel rose 8.2 per cent to top $549 million in the year to December 2019.

“Households remain willing to spend, with consumer confidence around New Zealand remaining at or above long-term averages,” says Brad.

“What’s interesting is that it’s not just holiday makers who are spending, with the data suggesting that locals too are still happy to open their wallets,” he says. 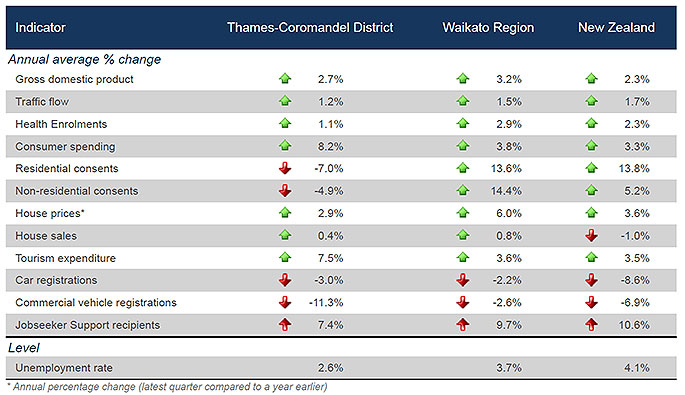