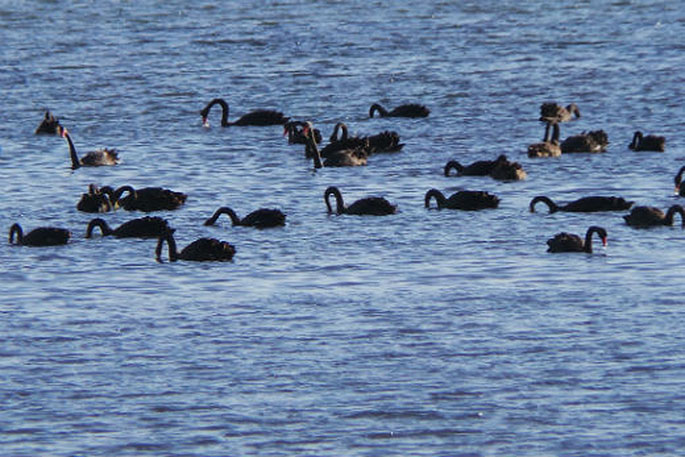 The season is for the black swan in the Rotorua Lakes, coastal estuaries in the Bay of Plenty, and that part of the Waikato River just above Rawhiti Lagoon downstream to Lake Atiamuri.

It’s also for pukeko across the region and hunters involved must hold a 2019 license.

“Hunters should check their Game Bird Hunting Guide booklet if they are unsure of the A1 boundaries,” says a statement issued by Eastern Region Fish & Game.

There is no limit on the number of black swans which can be harvested, but a daily limit of 10 birds applies to pukeko.

“Members of the public shouldn’t be alarmed if they hear shots fired during the weekend, starting from around 6.30am on Saturday,” says Fish & Game officer Matt McDougall.

Both swans and pukekos are abundant in this region, and in some areas are a nuisance to the horticultural and agricultural sector, he says.

“Officers will be out ranging and bag limits and other regulations will be strictly enforced.”

He says that hunters are reminded that the rules which apply in the main game bird hunting season which ended some time ago, apply equally to the special season.

The regulations state that non-toxic shot (not lead shot) is strictly required around waterways, and shotgun magazines must be restricted to three shots in total with no exceptions, he says.

“Hunting from boats under power will not be tolerated either.”

Land occupiers, (which means the occupier, their spouse and one son or daughter only – a maximum of three people) do not need a game bird hunting license if they are only hunting on their own land.

The special season is only for this Saturday February 29 and Sunday March 1.

40 years ago there were "black swan drives" on the Tauranga harbour !! There were THOUSANDS OF THEM. NO limit on the number shot - you just need a current game bird license !! And yes a bit like deer meat, if you knew how to "cut them up and cook the meat" is was GOOD family food !!

Plenty of swans and Canadian geese need to be culled to allow baby flounders to mature.They are a menace in there native Canada too.