Signs of change to weather in March 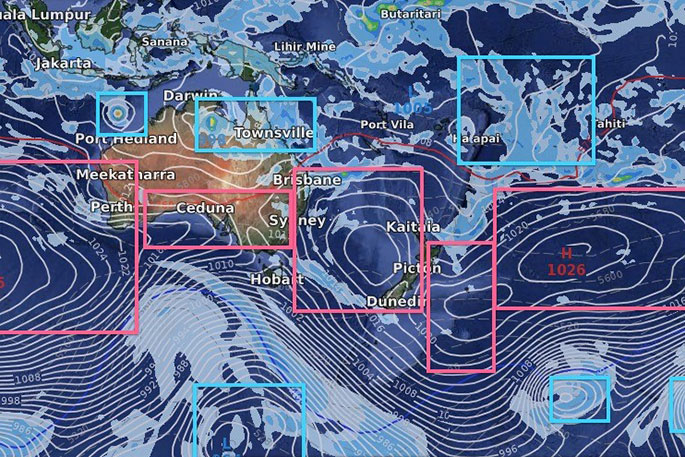 Drought zones are crying out for 'real rain' following random downpours over the weekend - now as we head to March there are signs of change to the weather pattern.

The biggest change in the pattern as we head into March is that high pressure systems are increasingly becoming stand alone.

"Over January and February we saw a series of highs that basically linked together like a chain-link-fence, one oval shaped high merging into another," says WeatherWatch.co.nz head forecaster Philip Duncan.

"At one point high pressure stretched from South Africa, across Australia, across the Tasman Sea, over Northern NZ and out east for another few thousand kilometres. Now as we head into March each high appears separate allowing rain makers to form all around them."

It's this breaking of the highs that has put an end to the out of control bush fires in Australia with the next two weeks still showing rain and showers along Aussie's eastern coastline after several months of almost nothing last year. 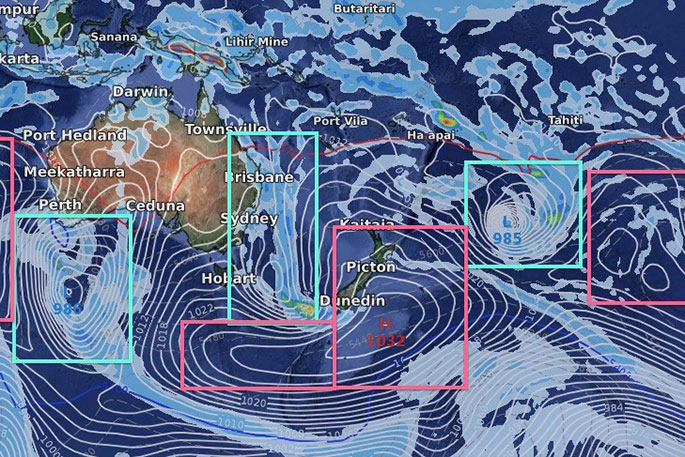 In March the next high in the New Zealand area appears to be quite powerful but also independent.

There are rain makers all around it so that means we have cyclones in the tropics, we have rain makers down the eastern side of Australia and rain makers in the Southern Ocean - and one bubble of dry high pressure over NZ.

"This bodes well for change even if nothing immediate. We're already seeing an increase in afternoon showers and more are coming this week.

"We see more easterlies, humidity and showers in March in northern NZ in particular and less high pressure zones in the NZ and Australia region.

"Hopefully this means as we head through March and into April we'll be sliding away from this set in dry pattern - it may be a slow process but at least March is showing some cracks in the weather pattern that lead to drought in the first place.

"No silver bullet yet - only silver linings."