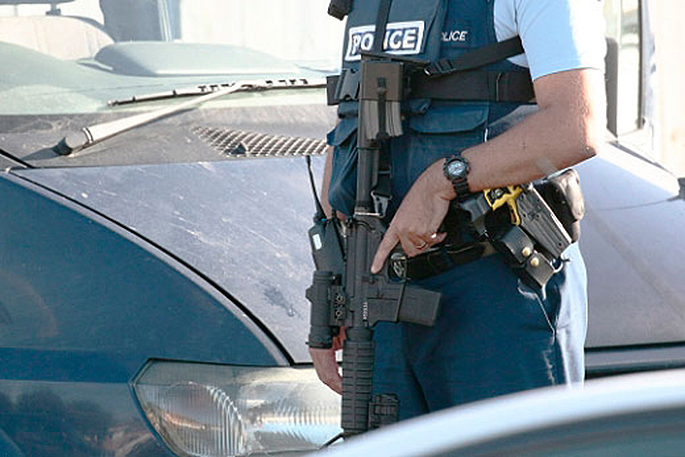 Armed police have been spotted in Bethlehem this evening following a robbery.

A caller to the 0800 SUNLIVE news hotline says her father and brother saw armed police near Bob Owens Retirement Village around 6.15pm.

"There were about six armed officers. They didn't have their weapons holstered."

A police spokesperson says police are responding to a robbery in Tauranga.

"The person fled in a vehicle and police have located the vehicle, with the person still it. Police are still at the scene."

Police are investigating the matter.