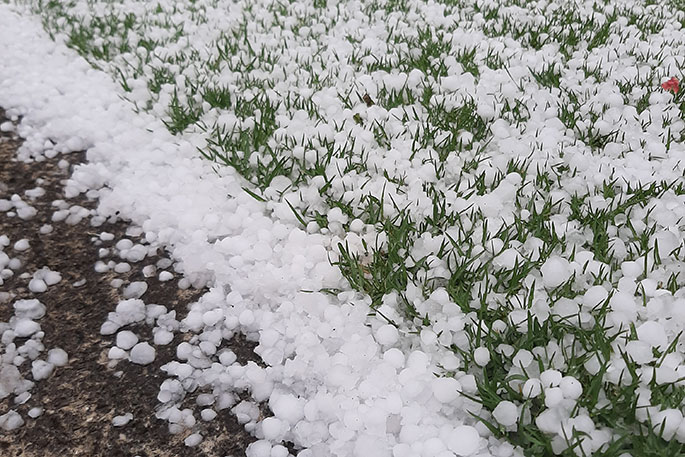 It's not overly warm in the eastern North Island today, at least compared to normal, while others in NZ may be several degrees above average.

Temperatures dropped in the Bay of Plenty on Sunday when hail and thunderstorms pummelled the region in the afternoon.

Click here to watch a time lapse of the storm from SunLive's Daniel Hines.

Hotter weather inland through both islands is quickly returning after a weekend cool down for many. Today and Tuesday see highs bounce back to the mid to late 20s and some may even be close to 30C on Tuesday, like in Waikato, says WeatherWatch.co.nz

"Tuesday's warmer weather is due to high pressure rolling in and the cooler (and windier) southerly flow we've had in some places over Sunday and Monday gets pushed further out to NZ's east.

"The warmer weather inland in both islands will expand further this week, so those places that are cooler than normal today (Gisborne, Hawke's Bay and coastal Wairarapa) will have a few degrees back tomorrow and highs jump back to the mid to late 20s by the end of this week or weekend." 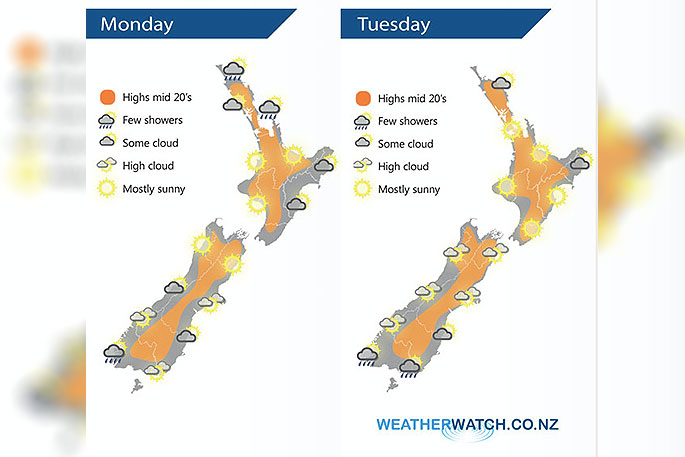 Later this week more humidity increases in some places with sub-tropical airflows moving to parts of both islands in time for the weekend and the start of next week.

To drill down deeper see the most extensive weather data on earth freely available for New Zealand by visiting RuralWeather.co.nz.