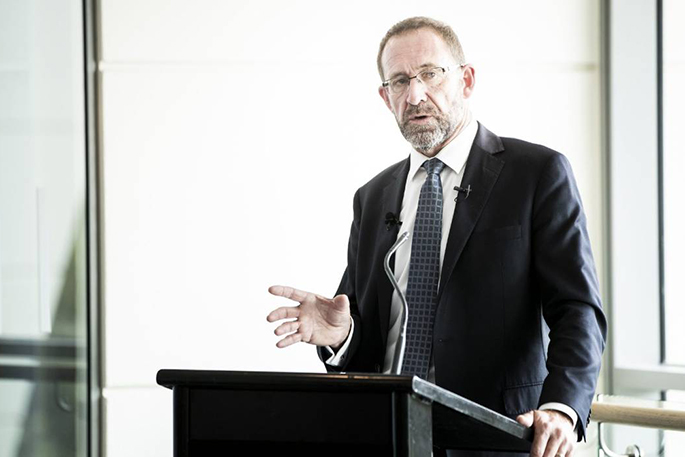 Justice Minister Andrew Little is travelling to Berlin today to represent New Zealand at a high-level summit on nuclear disarmament.

This year, the Nuclear Non-Proliferation Treaty (NPT) celebrates 50 years since it entered into force.

“New Zealand’s proud record and leadership on nuclear disarmament is unwavering, so it’s important we are present at this summit,” says Andrew.

“We will be one of only 16 countries in Berlin exploring ways to resolve the deadlock on nuclear disarmament.

The 16 countries attending the Berlin meeting are identifying ‘stepping stones’ – steps to help retain the credibility of the NPT by spurring momentum toward a nuclear-weapon free world.

“I am pleased New Zealand is being represented at this important meeting and I look forward to joining other Ministers in suggesting a set of realistic stepping stones towards nuclear disarmament.

“I represented New Zealand at the Stockholm 16 in 2019, where I reaffirmed New Zealand’s proud history of nuclear disarmament. This summit reinforces that commitment,” says Andrew.

Andrew Little will also meet the German State Secretary for Foreign Affairs and a number of German counterparts in his justice portfolio to discuss criminal justice reform and combatting violent extremism.

“Germany is one of New Zealand’s most important international relationships and was an early supporter of the Christchurch Call. As close, like-minded partners, there is good potential to work more closely together,” says Andrew.

....Andrew Little, what is being done about the children being killed or seriously injured by their families in New Zealand with no law changes to help assist Police in bringing them to justice?...oh, that’s right, nothing at all........thanks.....