Crash on SH29 near Oropi 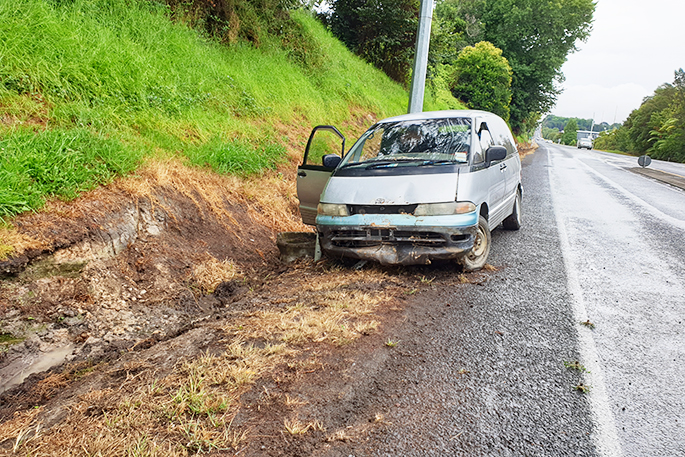 A van has crashed on SH29. Photo: Supplied

A van has crashed late this afternoon near Oropi.

A SunLive reader reported that the vehicle crashed about 5pm on SH29 between Oropi Rd and Pyes Pa Rd.

The driver is reported to be uninjured. Emergency services have been notified. There are no traffic delays.

Earlier this afternoon at 12.05pm Police were also notified of a single car collision on Wairoa Rd near Bethlehem.

“Fire and Emergency and Ambulance were in attendance,” says a Police spokesperson. ‘No reported injuries.”

At 2.04pm Police were notified of a car crashing into guard rails on First Avenue West.

"Two people reportedly left the vehicle," says a Police spokesperson. "Police went to the scene but there was no vehicle."

There was also a three-vehicle crash on SH2 between Taniwha Place and Wairoa Rd about 4pm this afternoon. Police say there were no major injuries and no traffic issues.

Motorists are advised to take care on the roads this evening.

Every day single car crashes. Two today that I have heard of. What gives? Let’s guess, Driver inattention, speeding, not driving to the conditions. Come on you lot, drive like an adult and take more care and responsibility.