It’s all about the Ford 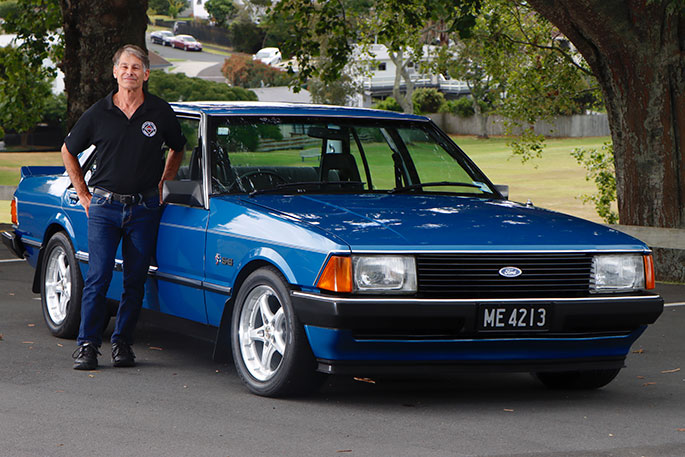 On display on March 1 will be everything Ford alongside Peter Cramp and his 79 XD Ford Fairmont.

Peter rebuilt the Fairmont after it got stolen and stripped out 13 years ago. He says he’s been displaying that car for quite a while now.

“It’s been back on the road for about 12 years but it still wins prizes even though it’s getting a bit stone chipped.”

Peter also has one of the last Ford Falcons ever built. It’s a 2016 supercharged Falcon to be precise. He displays those two cars and has a 98 Falcon that he ‘just runs around in’.

When putting the cars on display, Peter says everyone always loves his XD.

“There’s not many of them left. They’re few and far between those ones.”

Peter has a love for Falcons that comes from his father.

“I kinda grew up with them.”

Although his father never displayed his cars – they were always family cars.

Peter started displaying cars when he fixing his XD up and a mate suggested he join the Ford club.

“I started displaying it even before it was finished as kinda like a project and it just went from there. When I finished it and put it on display it just started winning awards. I just couldn’t get over it.”

The XT has won best Australian Ford a few times and it’s even won best of the best at one Ford show as well. He’s got a cabinet full of trophies now.

Peter is also one of the judges this year at the Tauranga All Ford Show and says he is looking forward to that.

Peter says to join the Tauranga Ford Muscle Car Club is easy because you can just be a Ford car enthusiast and join for the social side of it.

All Ford Day is happening on Sunday, March 1, at the Wharepai Domain.

Ultimate Motor Group is the main sponsor again this year, with the club collecting donations to go towards the Waipuna Hospice. This year also includes a MS Retro best dressed competition.

Gates open at 8am for exhibitors and all vehicles are eligible for spot prizes. For more information check out their Facebook page.