Beaut Ute and SUV day a one stop shop 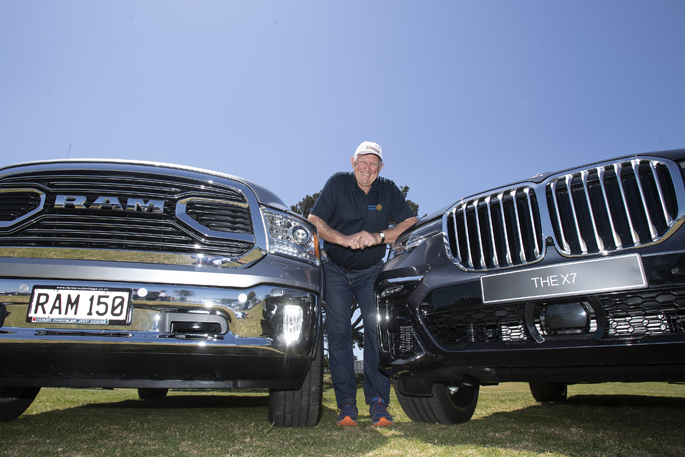 : Organiser Geoff Mathis says the day will be fun for all the family. Photos: John Borren/SunLive.

Papamoa Rotary has come up with a solution for anyone looking for a ute or SUV with their Beaut Ute's and SUV Whanau Fun Day.

It’s second time lucky for the event after it was rained out in November and the organisers had to reschedule it for Sunday, February 23.

From 10am until 3pm people can head to Soper Reserve in Mount Maunganui to check out over 70 vehicles from 20 different brands.

Organiser Geoff Mathis from Papamoa Rotary got the idea because he comes from a farming background, and never had the time to shop around when he needed a new ute.

“I thought well why don’t we bring them all into one site so I can put a cross against those that I am not interested in and focus on those that am I am.

“It's going to be a fun day, it’s an opportunity for families come out for a couple of hours while mum and dad have a wander around.

“There's an opportunity for them to come and compare price, quality, style, legroom, all the things we individuals want in a vehicle all in one site.”

The day isn’t just about trucks and SUVs there will be a bouncy castle and face painting for children and local musician Adam Mclean will be entertaining crowds from 11am until 2pm.

The event is gold coin entry and all profits are going to three charities, I am Hope, Live for More and the Papamoa Hills Community Project.

Geoff says Papamoa hills project was chosen because the hills need development and rotary has already started by planting natives.

Live for More is a surf therapy programme to engage young people who may not respond to typical intervention.

I am Hope is a youth and community focused support group run by The Key to Life Charitable Trust, started by Mike King.

The charity provides free mental health counselling for young people as well as promoting a positive change in schools and communities.

Geoff say the focus is as much about the charities they’re raising money for as it is the utes and SUVs.

He says the day is the first that’s ever been done in the Bay of Plenty and Waikato and possibly the first in New Zealand.

“There’s about 33 new motor vehicle franchises in New Zealand and we’ve got two thirds of them and over 70 vehicles here on Sunday.”

The world’s fastest production SUV the Bentley Bentayga Speed and Lamborghini Urus will be on display.

Organiser Courtney Holliday says these are a drawcard because they aren’t sold in Tauranga so it gives people a chance to see something different.

Having had to reschedule the event has enabled them to make it even better she says.

“It's actually given us an opportunity to up our game a wee bit and bring a bit more to the table, which is really cool.

“We’re definitely super excited to raise as much money as we can for the charities.”