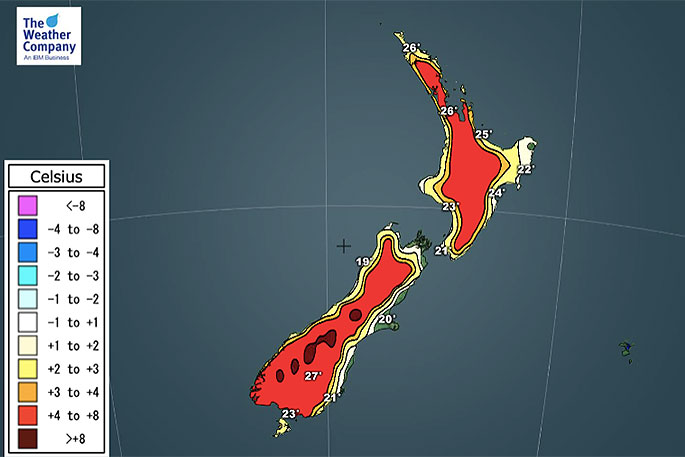 Thursday and Friday will be hot across many parts of New Zealand with higher humidity at times too, but this weekend a cold front moves through with a refreshing change.

Humidity levels will drop by Sunday in the north while the South Island has cooler air moving in for both Saturday and Sunday, after a warmer Friday, says WeatherWatch.co.nz

"Both Thursday and Frday are a few to several degrees above normal in most regions with highs in places like Waikato making it into the low 30s today with a Humidex (feels like) temperature in the mid 30s.

"By the weekend the highs slip back into the mid 20s and with lower humidity it won't feel so muggy." 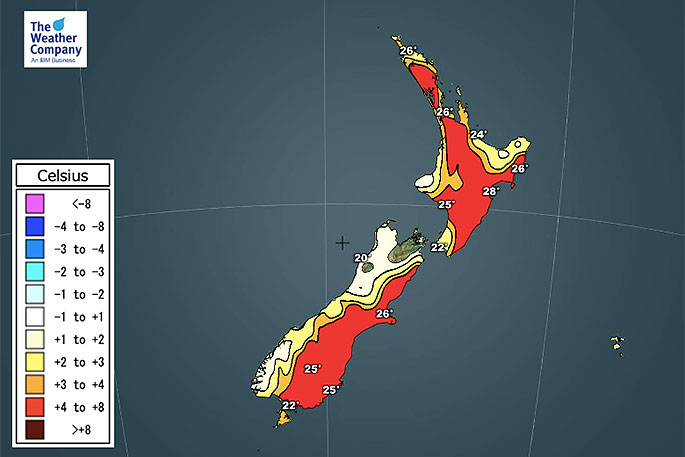 The cold front this weekend will make parts of the South Island feel cooler than average while many northerners simply reset back to normal - except from Auckland northwards and eastern coastal areas which still lean warmer than normal.

"The further north and north east you are, the less likely you will be affected by the cooler change other than perhaps the humidity easing further.

"The cooler air lasts over the weekend and into Monday but high pressure next week will sees temperatures building again and higher humidity returns mid to late next week with highs again climbing back to the 30s for some with more warm nights too." 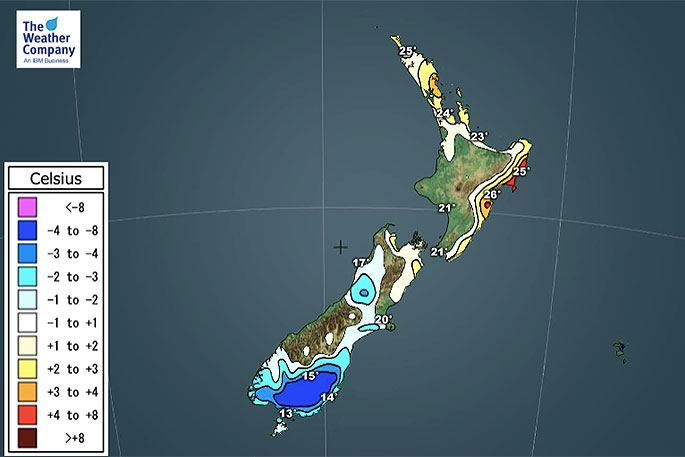