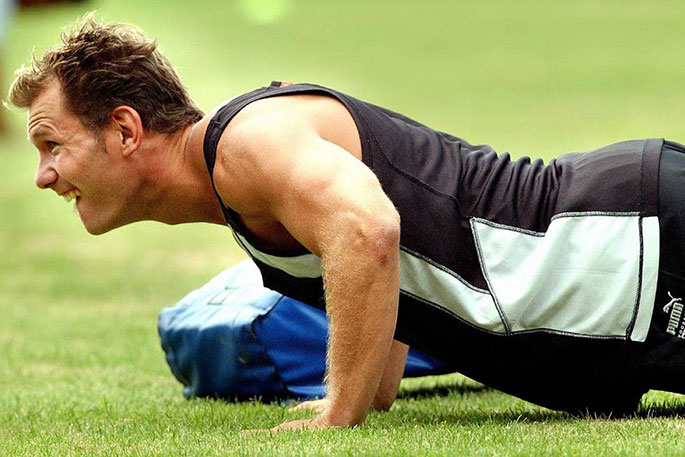 Rowan Baxter training with the Warriors in February 2005. He died alongside his three children in a car fire. Photo: Lawrence Smith/Stuff.

A former Bay of Plenty rugby player and his family are dead following a car fire in Brisbane.

Rowan Baxter and his three children died in the same horrific incident in suburban Brisbane on Wednesday morning.

It's believed he filled a petrol can with fuel at a local service station, before dousing the car containing his wife and children, and setting it alight.

Hannah Baxter survived the car fire but her injuries were so severe she died later in hospital.

A relative of Hannah says the family had been trying to help her escape her marriage to a "monster".

Her sister-in-law Stacey Roberts said on Facebook Hannah Baxter's parents had "exhausted themselves to try and help Hannah escape this monster".

Stacey made the comments on a Facebook fundraiser page set up to raise money to cover funeral costs.

"For all those who knew Hannah or had even just met her once would know how much of a beautiful soul she was, her children were her life. All she ever wanted was happiness. Her children were only a reflection of her."

Hannah and Rowan Baxter reportedly separated late last year and were trying to work out custody arrangements. However, they were not involved in any proceedings in the Family Court or Federal Court, the Sydney Morning Herald reported.

Queensland Police confirmed that Hannah Baxter died at the Royal Brisbane and Women's Hospital on Wednesday night as a result of severe burns she sustained when the car was engulfed in flames earlier in the day.

Rowan Baxter died along with his children Laianah, Aaliyah and Trey, all aged under 10.

A wing or centre, Baxter trained with the Warriors in 2005 and was selected for their pre-season match against the Parramatta Eels, but did not feature in an NRL competition game. He had previously played rugby for Bay of Plenty.

Baxter was also a member of the Brian McClennan-coached Mt Albert Lions team which won the Bartercard Cup final in 2006.

Baxter's brother Charles played for the New Zealand rugby sevens team in the early 2000s and as a wing for the Bay of Plenty Steamers.

Devastating news out of Camp Hill. My heart goes out to the families and community going through this tragic time and the emergency responders confronting what would be a shattering scene. If you or anyone you know needs support, call Lifeline on 13 11 14. https://t.co/qJDieLMRiN