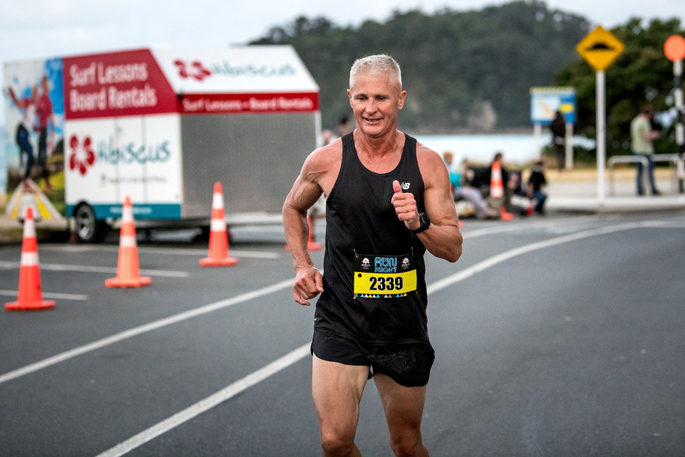 Tauranga’s Luke Williams finished first the 21km ‘We Run the Night’, ahead of more than 1400 runners in Mount Maunganui.

Luke finished with a time of 1:20:52 on Saturday, eight minutes faster than his second place time in 2019.

He says it’s a great event with plenty of people out having fun.

“I had a young guy on my tail all the way so it made me work hard, but it's always good to get a win and it was beautiful conditions.”

He says he felt he was consistent throughout the 21km.

“I'm a triathlete usually, but I run for training and thought I’d run tonight because it's a nice night.”

Tauranga’s Brenda Poutawera finished the event seven minutes ahead of her third place time in 2019.

She says it was her fourth time running in the event.

“It was very exciting because of my age. It's always my goal to be in the top 10 overall and win my age bracket which is getting harder as I get older. Now that I am 48, I’m at the top end of my age group.”

She says she liked the three lap course, as she was able to see where she was at.

“I always like to have podium goals and to pull it off, I was thrilled. I knew I couldn't catch the first, she was too far ahead but I was so pleased to show that age doesn't have to be a barrier.”

Brenda says she ran the New York Marathon in November.

“I haven't been running as fast as normal because I had to learn to run slow and long so this was a bit of a tester to see where I am at.

“It was lovely to see the Mount on a Saturday night in such a positive way with people of all age groups, body shapes and sizes giving it a go and having fun. That's the best thing about it. Plus there's something magical about running on the road at night.”

Event Director Tim Farmer says it’s great to see so many people out achieving their fitness goals and enjoying the social aspect of the event too.

“I thank the local residents for their support along the course. It was great to see them out supporting the participants,” he says.

The event had a range of course options including the 2.5km kids dash, 7km, 14km and 21km.