NZers on Diamond Princess may pose risk to others 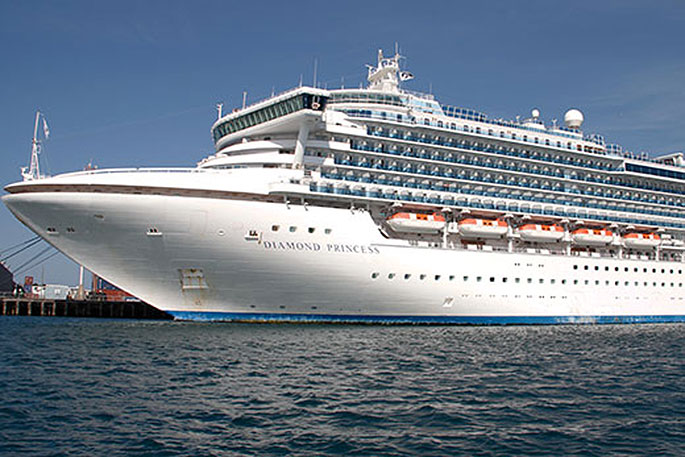 New Zealanders who try to return home independently from the Diamond Princess could be prevented by the government from boarding commercial flights.

Eleven New Zealanders are among thousands of passengers due to leave the cruise ship tomorrow after spending two weeks confined to their cabins because of a corona virus outbreak.

The Australian government has offered to take New Zealanders to Darwin on a flight out for its citizens, but they must agree to undergo two weeks quarantine when they get home.

Two other New Zealanders remain in hospital in Japan with the virus, they won't be on board the flight to Darwin and there is no timeline for when they will return.

The flight from Japan to Darwin is unlikely to leave before Wednesday evening.

At a press conference this afternoon, Health Minister David Clark says any passengers who choose not to take the flight to Australia will not be able to return to New Zealand for at least two weeks.

New Zealander Wren Manuel had initially said he and his wife would not take the Australian flight because they did not want to be quarantined again.

But since learning they would have to be quarantined no matter where they were, they decided to take the flight to Darwin.

He was frustrated that the government had not evacuated New Zealanders earlier and lessened the time they would have to be isolated.

However, David defended the need for further quarantining once passengers returned to New Zealand.

"Those people coming back from the cruise ship have been in a situation where the infection rate is far higher than it is in China.

"We are concerned for their well-being but also for their families and the community so we want to take a precautionary approach, as we have all along with this outbreak, we are yet to have a confirmed case of Covid-19 in New Zealand and part of the reason for that is because we are taking such a careful approach and putting public health and safety as our number one concern. The advice I have received is that we need to make sure we're taking a cautious approach here too."

Prime Minister Jacinda Ardern says anyone who did not come home on the Australian flight would need to undergo quarantine in Japan.

"We need to keep in mind that if they try and fly commercially then that exposes a number of other people to risk.”

Some of the passengers were distressed about having to be quarantined again, she says.

"I understanding how frustrating that will be for many of them... but unfortunately there has been such a rate of transmission, despite some incredible efforts from all those involved, that we do need to put public health and their health first."

The government was considering chartering a commercial flight from Darwin to New Zealand, she says.

When that flight happens has not yet been decided.

David says it was most likely the returning passengers would go to the centre at Whangaparaoa where 157 people who travelled from Wuhan are due to finish their quarantine tomorrow.