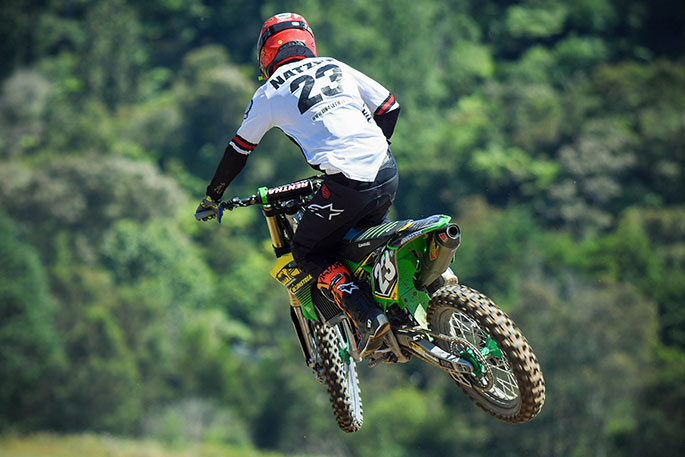 The battle lines have been drawn after a thrilling opening round to this year's New Zealand Motocross Championships in the South Island.

But those lines may have to be re-drawn when the four-round FOX-sponsored series resumes with round two set for Rotorua this coming Sunday.

The small South Island town of Balclutha hosted round one three weeks ago and what a display it was, with close and exciting racing throughout the various bike categories, and it's certain to be another cracker this weekend too.

More than a dozen different individuals climbed onto one or another of the various podiums at Balclutha and a similar exciting mix-up of results is predicted for this weekend's racing at Phillips' farm property, just 20km south-west of Rotorua, on State Highway 30 at Horohoro.

Mount Maunganui's Cody Cooper was unbeaten in the premier MX1 class at Balclutha, although visiting Australian Kirk Gibbs is currently just 11 points adrift and west Auckland's Hamish Harwood only two more points further back, with nine races – three at each of the remaining rounds – still to come.

Mount Maunganui's Josiah Natzke narrowly claimed the overall win in the MX2 (250cc) class at Balclutha, that outcome uncertain until the last lap of the last race, with three different race winners emerging from a day of truly fierce race action.

Just seven points separate the top three riders in this firecracker class, with the likes of Oparau's James Scott, Mangakino's Maximus Purvis, Christchurch's Dylan Walsh and Australian pair Morgan Fogarty and Caleb Ward sure to be firing a few rockets at Natzke this weekend.

In the 125cc class, Tauranga's Brodie Connolly scored a hat-trick of wins as he dominated the day at Balclutha and he will take some beating at Rotorua, although Tauranga's Madoc Dixon, Christchurch's Marshall Phillips, Rongotea's Zac Jillings and Ashburton's Ben Wall are poised and ready to strike.

Auckland-based former Rangiora rider Cobie Bourke showed he has the speed to win in the 125cc class, but mechanical problems at Balclutha cost him valuable points and he is now in catch-up mode. A top three finish from him this season is still not out of the question.

"It was great racing in the South Island and we expect it will be a similar story this weekend in Rotorua," says Motorcycling New Zealand (MNZ) motocross commissioner Ray Broad.

"The action in certainly heating up in the MX2 class, with Australian visitor Caleb Ward in the mix after winning one of the races at Balclutha. It is looking like a three-horse race in the MX1 class, but we shouldn't count out Kayne Lamont, who could be fully recovered from injury now.

"In the 125cc class, Brodie Connolly has been a class above the rest but the racing throughout remains competitive.

"I want to make a special mention of the host Rotorua Motorcycle Club, who have done a fantastic job to prepare the track in these difficult, dry weather conditions. They've done a mammoth effort and no doubt they'll be working hard on race day too. It's certainly appreciated." 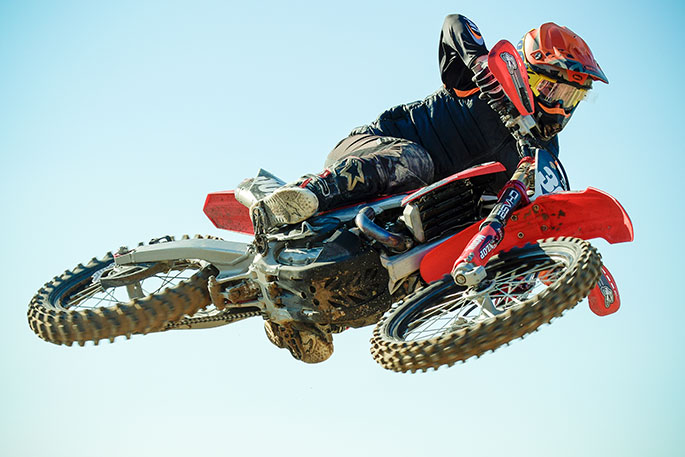 Taupo’s Wyatt Chase (Honda CRF250), sure to be among the frontrunners in the MX2 class on Sunday. Photo by Andy McGechan, BikesportNZ.com

After Rotorua, the series next heads to Hawke's Bay for round three on March 1, with the fourth and final round in Taupo on Sunday, March 15.