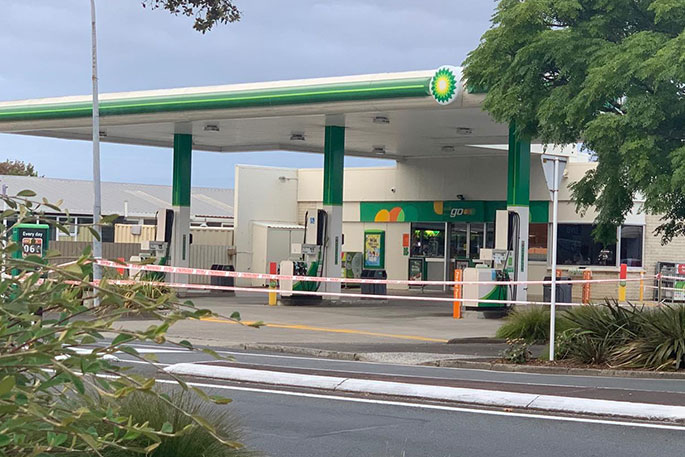 A Bay of Plenty petrol station is cordoned off with police tape this morning following an armed robbery.

Police received a report of an aggravated robbery at the BP Service Station on McAlister Street in Whakatane shortly after 9pm.

"Two men allegedly entered the store and threatened staff with what appeared to be a firearm, leaving with cash," says a police spokesperson.

"Police made area enquiries but were unable to locate the offenders.

Anyone with information about the robbery, and who haven't already spoken with police, can contact Whakatane Police Station on 07 308 5255.

another day another gun incident. come on ms fix it. your law is not working