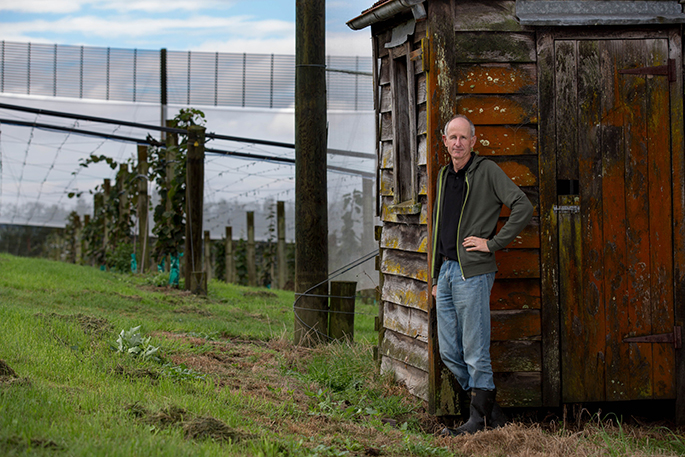 The kiwifruit industry’s Fresh Carriers Hayward Medal recognising outstanding contributions has this year been awarded to Ian Greaves, for the life-saving pastoral care he provided the industry during the Psa outbreak.

Kiwifruit Industry Advisory Committee Chair and Zespri Director Tony Hawken presented the medal to Ian at the industry’s Momentum 2020 conference dinner, recognising the efforts he put in to caring for the health and wellbeing of growers during the Psa outbreak through his Grower Support Network.

“The outbreak of Psa was truly distressing for our kiwifruit growers and the wider industry, and an event that would forever change the trajectory of our industry, putting those involved in the industry at the time under real pressure.

“However, as a grower himself during the outbreak, Ian stood up to advocate for mental health awareness and suicide prevention within the kiwifruit industry. He established a support system that previously didn’t exist, and which ultimately saved lives.”

Tony says Ian clearly met the judging panel’s criteria which assessed the nominee’s length of service, the benefits from their contributions, their leadership within the industry, their selflessness and the legacy they had created. 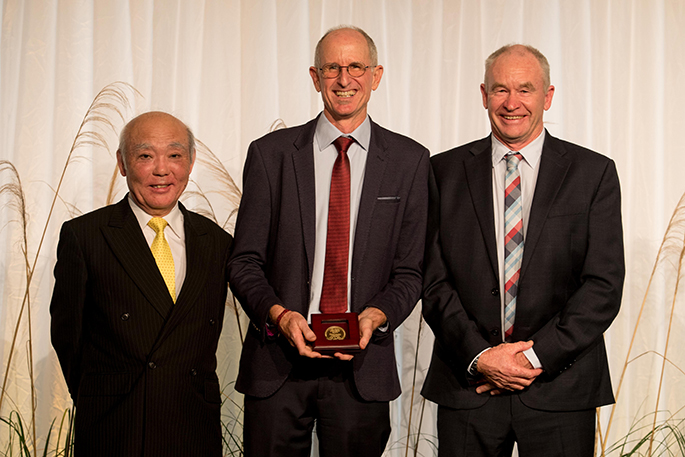 During the Psa outbreak, Ian brought together a team of volunteers and created a pastoral care plan which provided a variety of services to support growers. Under his Grower Support Network which launched early in the Psa outbreak, he helped arrange industry-wide seminars, counselling, grower discussion groups and other support avenues in growing regions across New Zealand.

These services not only empowered growers to ask for help but supported the collaboration of the wider industry during a stressful and unprecedented situation.

His work is now used as an example for other rural industries, and Ian was the recipient of the Kiwibank Local Hero Award in 2013 and also awarded the inaugural HortNZ President’s Award in 2015 for his life-saving pastoral support.

“The Hayward Medal was established in 2012 to honour the dedication, knowledge, excellence and passion of the kiwifruit industry’s world-class leaders, and Ian has truly been a leader in our kiwifruit industry,” says Tony.

The Hayward Medal was established in 2012 to honour the dedication, knowledge, excellence and passion of the kiwifruit industry’s world-class leaders.

The award is named after the Hayward cultivar which takes its name from horticulturalist Hayward Wright, with previous winners including Dr David Stevens (2017), Sir Brian Elwood (2015), Leo Mangos and Paul Heywood (2014), John Palmer (2013) and Russell Lowe (2012).

“Our wellbeing is so important, but often in times, rarely considered or talked about. Ian understood the anguish our people were feeling, and he was motivated to step up, even though he was an affected grower too.” 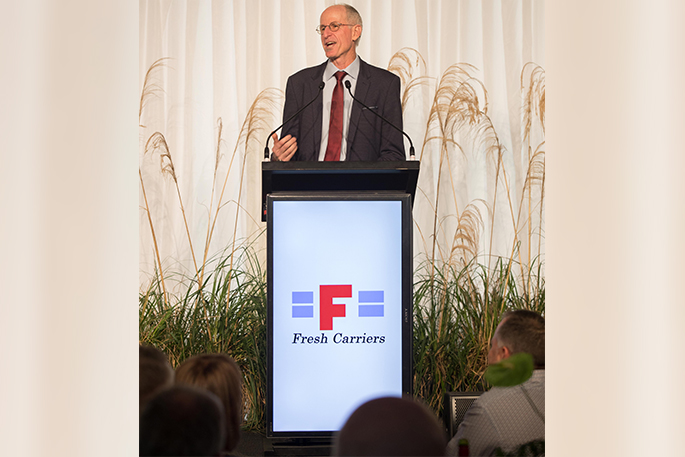 “Ian’s wealth of industry experience and the trust he built up from his involvement as a grower, field representative, general manager of post-harvest , to consultant and leadership roles at Kiwifruit Vine Health, Kiwifruit New Zealand and NZKGI, meant he had the knowledge and ability to act as the glue during the crisis.

Tony noted Ian’s compassion extends outside of kiwifruit and includes funding and establishing micro-enterprises in India that employ people out of poverty, and acting as Chairman and Trustee of The Life Foundation which operates a children’s home that takes in distressed children and abandoned babies, also in India.

“We’re delighted to have had a great range of nominations this year, and congratulate Ian for the huge contribution he has, and continues to make, to our industry,” says Tony.