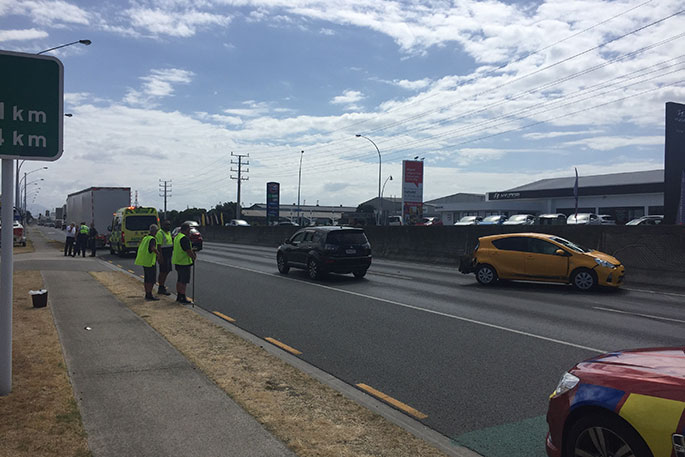 Updated 4:15pm: The crash that was blocking one lane of Hewletts Road has been cleared.

The right hand lane of traffic heading from Mount Maunganui to Tauranga had been blocked.

Police were notified at 3.15pm that a car and truck had collided on Hewletts Road, a police spokesperson says.

“Fortunately there were no serious injuries, one person is reported to have sustained bruising only.”

“The road was blocked initially by the crash but it looks like it was clear by 3.40pm.”

Earlier: One lane of Hewletts Road is blocked this afternoon following a crash

Photos emailed to SunLive show a vehicle facing the wrong way round in the right hand lane of traffic heading from Mount Maunganui to Tauranga.

The vehicle appears to have sustained significant damage.

Emergency services are at the scene and motorists are advised to expect delays. 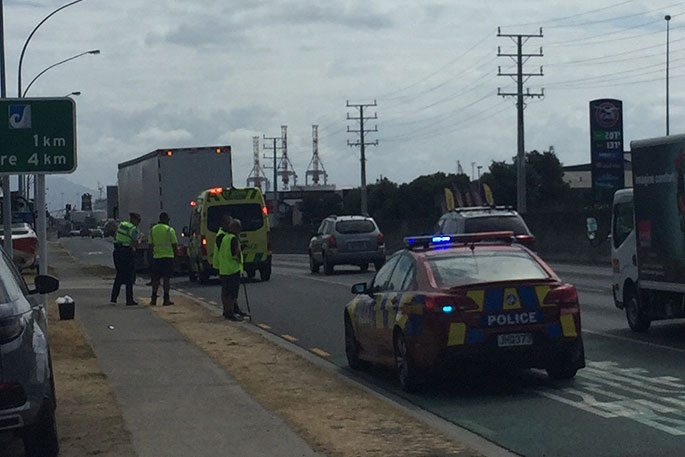 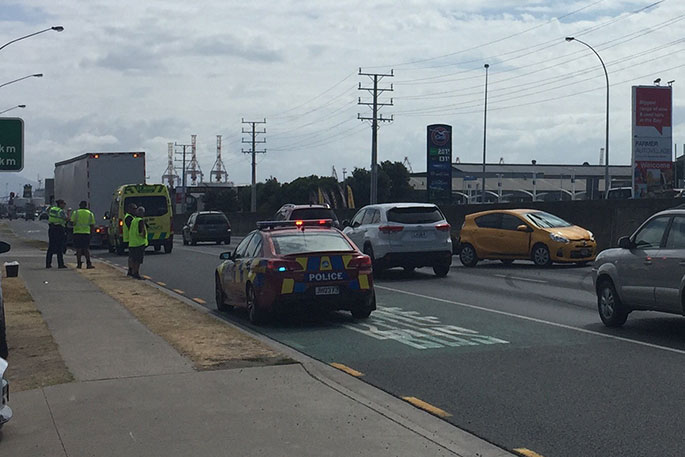