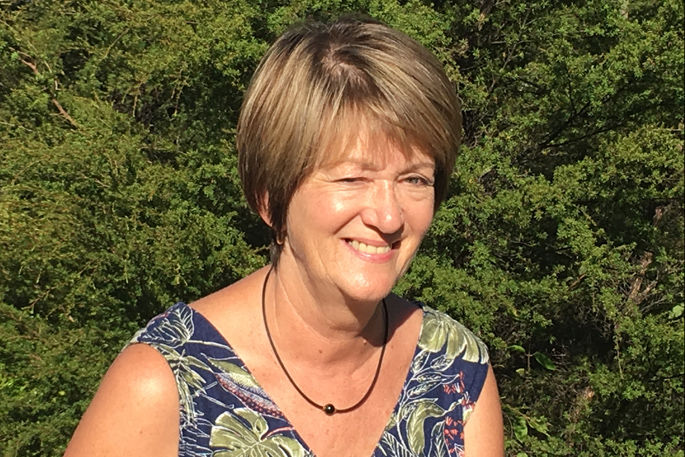 The Pyes Pa School community is mourning the death of Sue Walmsley, who taught at the school for 19 years.

People gather at this tree to remember a "passionate and influential" educator who died last week following a vehicle crash on the Tauranga Eastern Link.

Described as someone who “gave everything to school”, school principal Blake Carlin says there has been an outpouring of grief since the news of her passing.

“Students, whanau, colleagues and friends have been visiting the memorial tree all week. Her positive influence on the school and community will be extremely hard to replace,” he says.

"Sue knew how to guide people and make them come alive. She was an out-of-the-box teacher - dedicated to her profession, colleagues and the children."

The long-serving teacher was the driving force behind supporting students with additional learning needs, says Blake.

Janet agrees. “She had a passion for empowering special needs children through learning. She would always find a way forward.”

Sue arrived in Tauranga from the United Kingdom in 1996. Her first job was at Gate Pa School, formerly known as Tauranga South, working with junior classes.

She then moved to Omokoroa Point School for two years.

Along with being an “all-around awesome” teacher, Sue was also an incredibly special friend, says Janet.

“As one parent said, I was robin to her batman. We worked as a team and had the same sense of humour. If she was your friend, you were bloody lucky.”

Janet encourages those who knew Sue to remember her advice and wisdom. “Celebrate the life she had, and realise how lucky you were to have her in your life.”

Sue's husband Roy Walmsley asks that donations are made to the TECT Rescue Helicopter instead of flowers. To donate visit this page.

"The family wish to express our thanks to the TECT Helicopter Service for their assistance," Roy says.

A service for Sue is being held at the Olive Tree Cottage in Pyes Pa today at 1pm.