Waikato commuters committed to their cars 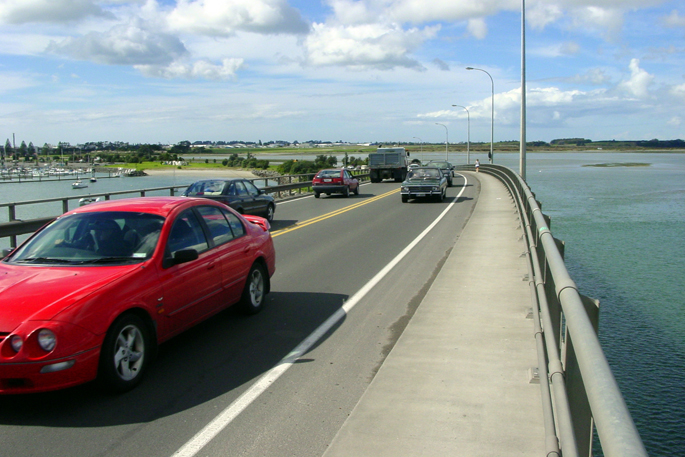 Waikato people are wedded to their cars and although they want to use more sustainable travel choices, they believe it’s too hard, a new study from the University of Waikato has found.

The study investigated commuters’ travel mode choice and their commitment to their preferred mode, through a detailed survey of 585 Waikato people over the age of 16.

The study by Rathee Sivasubramaniyam, professor Samuel Charlton and Rebecca Sargisson of the University’s Transport Research Group, was published in Travel Behaviour and Society.

Professor Samuel says he was surprised by the study’s results which illustrated how committed people were to their travel choices, but he added the study also revealed a small window of opportunity that existed to encourage people out of their cars.

“Waikato people are incredibly wedded to their cars. We found that people who drive cars, drive cars because they drive their car for everything. It doesn’t matter if they’re going around the block or to Auckland, they use their car,” he says.

But the study had also shown there was a small window of opportunity to change commuters’ behaviour, which they were researching further.

“We found the time you could shift people and get them to think about other modes of transport was when they move jobs or schools, or they shift houses.

The second part of their study looks at decision making and satisficing, a term used to describe how people often make decisions that are easy and good enough, rather than the absolute best outcome for themselves and society.

He says the initial study found car drivers’ level of commitment to using their car was much higher than people who cycle or who use public transport, the survey revealing why it is often difficult to get people to use these more sustainable commuting modes.

It is no different in Tauranga. Many use their cars to go everywhere, even if their destination is 2 minutes walk away, then they circle the carparks looking for the closest park. It is a hazard to the environment, and goes some way to explain the obesity problem.

There is the cost we pay to drive our cars everywhere and then there is the ‘real’ cost to our community; emissions, pollution, health costs from lack of exercise and costs of provision of the road infrastructure and public parking. These costs are predominantly borne by Councils and governments, ie they heavily subsidise car use. By both providing good quality alternatives (public transport, cycle ways and walking) PLUS putting the true costs of driving a car progressively back onto drivers, we will soon see changes in travel behaviour.

"little window of opportunity" is NOT sustainable. Because apart from a few idiot idealists who STUBBORNLY use public transport or cycle, and a few others who cycle or walk as a health lifestyle choice , the rest of us use the most practical form of transport. Invariably public transport is either owned by councils/government and/or dictated to by civil servants , who actually have no idea of anything. They have a unique ability to screw up anything they lay their hands on. So yes ,cars are the choice for MOST Kiwis. A bus trip from Waihi to Palmerston North...apparently involves an overnight stop , however if you take the bus from Tauranga , 3/4 of an hour away by car, it is a 7 hour trip. It still costs more than the gas to drive there.