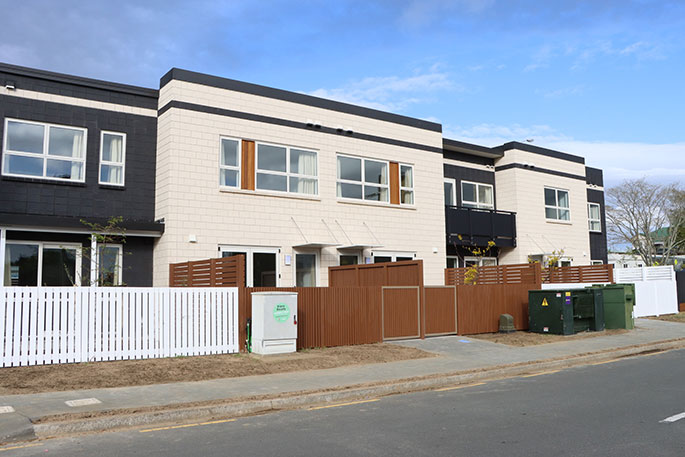 More vulnerable New Zealanders will be moved from emergency motel accommodation to transitional housing as the Government steps up efforts to prevent and reduce homelessness.

The Aotearoa New Zealand Homelessness Action Plan, released today, will also see an increase of 1,000 transitional housing places by the end of the year.

This will add to the over 1,300 places already created since the Government was formed, further reducing the reliance on leased motels for emergency accommodation.

Additionally, to ensure parity with other tenants in social housing, a 25 per cent of income payment will be introduced for people staying in motels for longer than seven days.

“This Government inherited a homelessness crisis decades in the making when we took office, that will take time to fix. The previous Government left us with a chronic shortage of houses and were selling off state houses that people desperately needed,” Prime Minister Jacinda Ardern says.

“We campaigned on tackling housing and homelessness and we are delivering. This Government has put a public housing building programme into action on a scale that hasn’t been seen in New Zealand for 40 years.

“We have already added over 4,000 new public housing places since taking office. Over half the funding in this package will go towards making even more accommodation available which will reduce the reliance on motels as emergency accommodation.

“On coming into office, our immediate priority was to get people out of sleeping in cars and garages or on the street and into safe and warm accommodation,” Jacinda says.

“This next step in our plan aims to both prevent people becoming homeless in the first place and reduce the reliance on motels for emergency accommodation by increasing the supply of transitional housing,” Associate Housing Minister Kris Faafoi says.

“Over $70 million in this package is dedicated to programmes that are proven to work in helping vulnerable New Zealander’s to stay in their homes and not end up on the streets.

“The Homelessness Action Plan builds on our Government’s commitment to ensure New Zealanders, particularly our most vulnerable, who are in need of housing support get that support with urgency,” Kris says.

“Motels were only ever intended as short-term emergency accommodation of up to seven days, but the average length of stay has increased to over seven weeks,” Housing Minister Megan Woods says.

“Motels are not a suitable environment for vulnerable individuals, families and whanau and they are also not cost effective so we will provide 1,000 more transitional housing places by the end of the year in order to reduce the numbers on motels.

“Alongside our statehouse build this Government will increase the supply of temporary accommodation to reduce the use of motels for emergency housing,” Megan says.