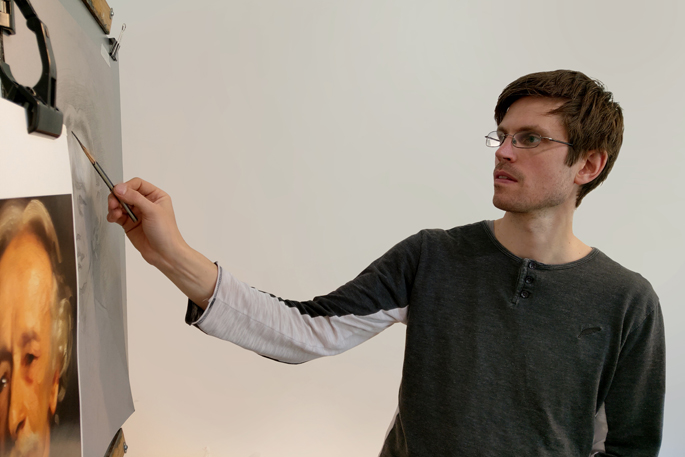 An Opotiki artist has been selected as a finalist for a national portraiture award.

Mark Anstis’ work Midwife has been shortlisted in the Adam Portraiture Award which has a first prize of $20,000 cash.

His piece depicts Sheilla who left Zimbabwe in 2002 to escape the country's political turmoil and is now a practicing midwife in the Bay of Plenty.

“The figurine also depicted in the portrait is one of history's earliest known sculptures, the Venus of Willendorf, dated 25,000 B.C. It is understood to be a paleolithic representation of fertility and motherhood," Mark says.

Mark received his tutoring from various painters and art academies internationally, before returning to New Zealand to pursue his own painting practice.

I find the depth of expression that representational portrait painting affords to be fascinating, and value art that's personal, with evident ties to cultural traditions, he says.

Midwife was selected along with 50 other portraits from 373 entries.

Anyone can apply to enter this anonymously-selected biennial painting prize, as long as the artist and subject are a New Zealand resident or citizen. 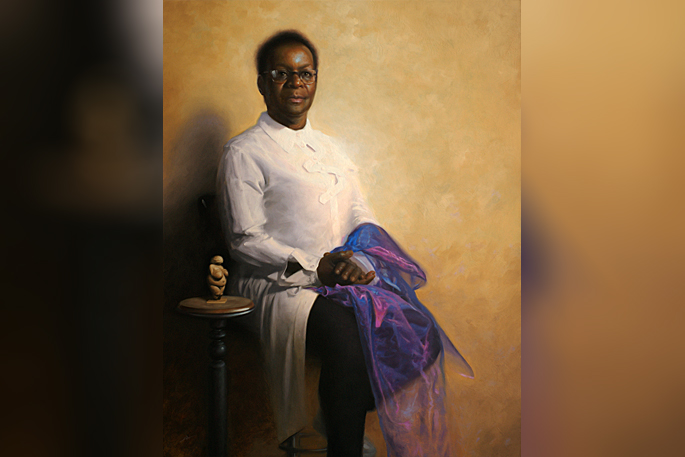 Entries have been received throughout New Zealand from Whangarei to Dunedin, including entries from New Zealand artists based in Germany the United Kingdom and Australia.

There were several portraits utilising expected materials such as oil and acrylic paint while other artists chose to paint on a road sign, and another included the sitter’s hair which framed the portrait. Another interesting feature of the entries include a trend towards realism - often with a photorealistic face contrasted with an abstract or 'unfinished' background

For the first time in the competition’s history the gallery invited a New Zealand judge to join an international judge to examine the entries and decide on the finalists and winner. University of Auckland associate professor art history, museums and cultural heritage Dr Linda Tyler worked alongside international judge Karen Quinlan, director of the National Portrait Gallery of Australia to select the shortlist.

“What was most impressive about this year’s entries was the huge diversity of subjects depicted. The great and the good featured but so did the local motor mechanic and quite a number of kindly looking nanas. Photo realism remains popular, but as judges we were really struck by those artists who hadn’t used a camera, working from sketches or memory, and sometimes creating fantasy pieces that were imaginative reconstructions of an individual, giving you a real insight into character and personality,” Linda says.

The winner of the competition will be selected by the judges at the start of a public exhibition showcasing all finalists’ works at the New Zealand Portrait Gallery at Shed 11 on Wellington’s waterfront.