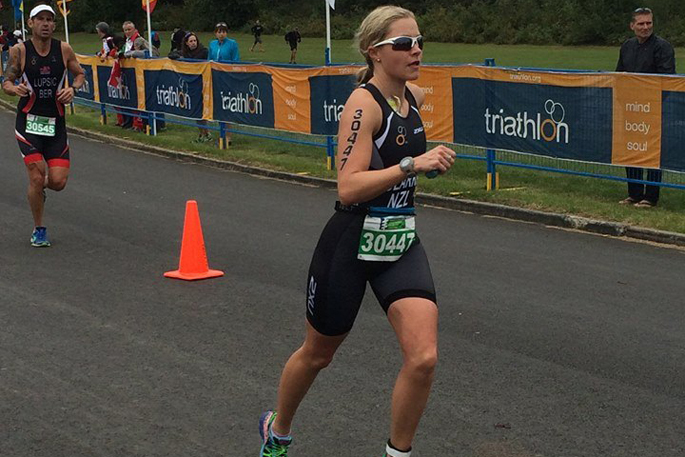 Andrena Clarke says she would never have had the opportunity to travel to the United States to work with elite athletes if it wasn’t for the support from the New Horizons Women Trust and Toi Ohomai Institute of Technology.

She received one of the trust’s Second Chance Education Awards last year to help her complete the Bachelor of Sport and Recreation at Toi Ohomai.

“The award financially supported me through my studies, which also allowed me the opportunity to volunteer with the local Bay of Plenty Women’s Rugby team, the Volcanix as an assistant strength and conditioner.

“I then got accepted for an internship in the United States working with elite athletes, which also involves coaching women. I’m very excited about this opportunity as I’m the first Kiwi to work with them. This internship is quite prestigious, I feel so lucky to have secured this position.”

The Second Chance Education Awards recognise women who are studying and working to achieve, not just for themselves but for the good of their families, communities and society.

Most of the awards are for women who are returning to study later in life and recognise the extra responsibilities and costs women have when studying when they are older.

The awards are supported by Toi Ohomai. Head of Marketing and Communications Jess Barnett says the institute gave $20,000 raised from its 2019 Charity Golf Day to the trust as part of its commitment to uplifting women and communities.

“We’ve worked with the New Horizons for Women Trust to create scholarships in our name for Bay of Plenty and South Waikato applicants.

“Working with the trust provides us with a great opportunity to show our commitment to the United Nations Women’s Empowerment Principals and to give back to a charitable organisation that has a proven background with strong support networks.”

Jess says last year’s Charity Golf Day was the second time that Toi Ohomai had held the event and it was attended by stakeholders and staff from across the Bay of Plenty.

Applications for this year’s awards will open on Sunday, March 1.