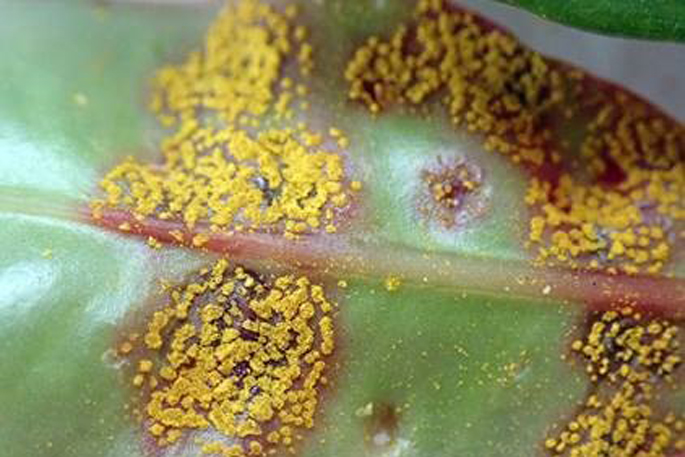 New research shows that myrtle rust is able to reproduce sexually which could have a greater impact on native trees.

The invasive fungus infects New Zealand trees in the Myrtaceae family including pōhutukawa and mānuka.

Austropuccinia psidii, the fungus that causes myrtle rust, is known to reproduce by cloning itself, but a new study has now found evidence that it is also able to reproduce sexually. This sexual recombination of genes means that the fungus has a better chance of overcoming natural plant resistance as well as being less easy to control by biological or chemical means.

“Sexual reproduction creates new individuals with new genotypes, allowing the fungus to adapt to host defences,” says Stuart Fraser, a researcher from Scion who is one of the authors of the study. “Sexual recombination also allows it to adapt to new environments and new host species.”

Although most fungi have a mixed mating system, meaning they can reproduce both clonally and sexually, previous research from other parts of the world has suggested that A. psidii reproduces clonally. However, this new study of samples of A. psidii from New Zealand and South Africa shows evidence of sexual recombination in addition to cloning. 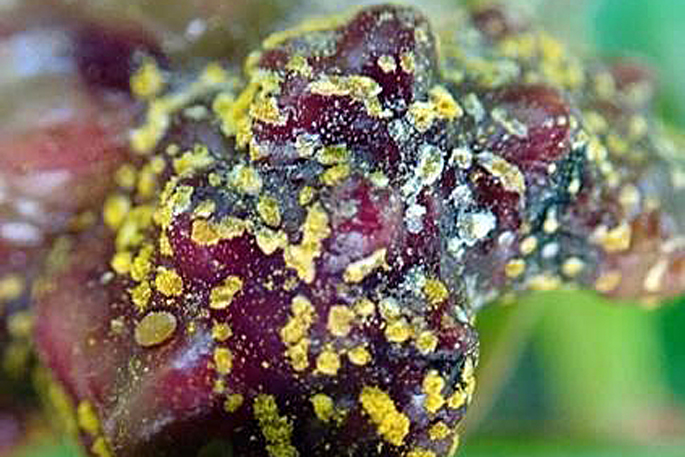 This has important implications for scientists who are working to protect New Zealand’s native myrtles – such as pōhutukawa, mānuka and kānuka – from infection by myrtle rust.

“Sexual recombination makes myrtle rust more complicated to manage,” says Stuart. “It is important that we are aware of the impacts of the pathogen’s sexual reproduction and plan our research around it.”

One of the key goals of the Beyond Myrtle Rust research programme is to improve understanding of A. psidii reproduction in New Zealand.

This research area within the programme, which is being led by Stuart and Alistair McTaggart, the lead author on the paper, will investigate how sexual recombination is being driven by the environment and by hosts.

“We don’t know the frequency or impact of sexual reproduction in natural populations,” says Alistair. “However, we hope our research improves knowledge about the biology of myrtle rust and informs strategies for combatting the disease in the future.”

Myrtle rust was first detected in New Zealand in March 2017 and is now found throughout the upper North Island. It has currently been recorded as far south as Greymouth.