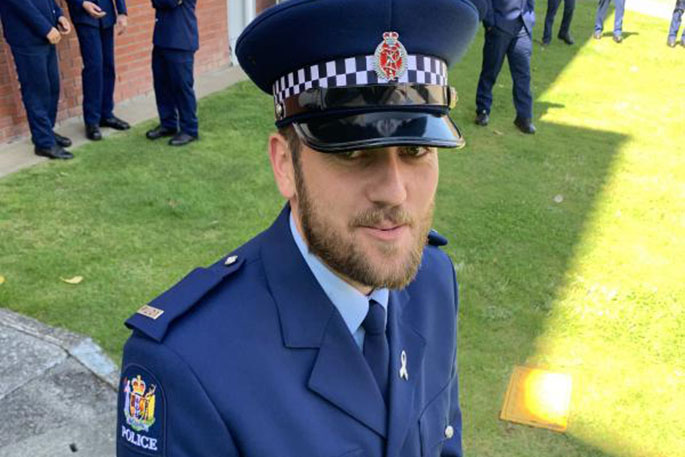 Each new Police wing includes constables who are continuing a family tradition. But not many of those traditions extend back to the dawn of modern policing.

Constable Ethan Enright's policing pedigree stretches back seven generations to a great, great, great, great grandfather who was a Peeler – the forebears of today’s Metropolitan Police - in the mid-19th century.

And when policing skipped a generation or two, other uniformed services benefited from his family’s work.

“I grew up with stories about this long family tradition – I’m proud to carry it on," says Ethan, who graduated with Wing 332 late last year.

The Peelers take their name from the then-English Home Secretary Robert Peel, whose 1829 Metropolitan Police Act marked the start of a campaign to improve public law.

It introduced the first professional policemen, known as 'Peelers' or 'Bobbies' in England, following similar changes Peel had made in Ireland.

That first uniformed ancestor’s name is unknown and there are no photographs of him, nor of his son Michael who joined the Canterbury (Kent) constabulary some time around 1880.

However, the next generation leaves a trace. Ethan’s great great grandfather Albert Munns Senior leaves both a photograph and an ID number – D13 - on the collar of his tunic.

Ethan says joining up was a bit easier in Albert Munns Senior’s day. Working as a labourer at the docks in Kent, he went one day to the local police station and asked for a job.

The family story, as told by Ethan’s mother Theresa, is that he was given a truncheon and told if he could survive and keep the peace for the day he was hired. He did, and he was.

Next to sign up was Ethan’s great grandfather, Albert G Munns, who also joined the Kent Constabulary.

In 1945 PC Albert G Munns Junior received a Royal Humane Society bravery award for gallantly saving the life of a man who was ‘in imminent danger of drowning in the sea off Fort Promenade, Margate, Kent'.

Albert Junior served until 1974, spending his last few years before retirement as a police mechanic. 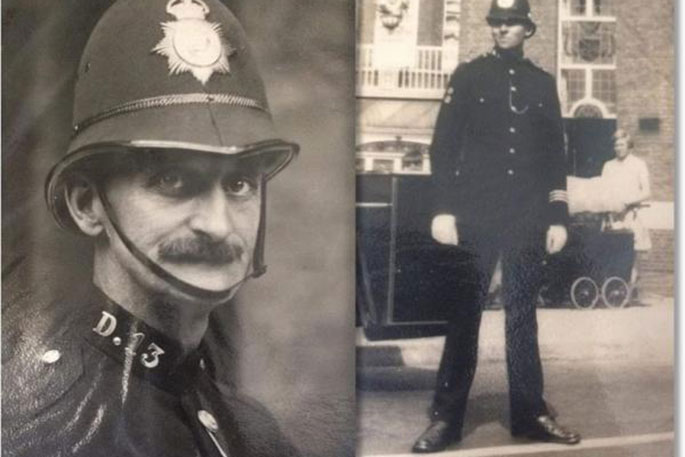 Then came Ethan’s grandfather – Peter George Munns. After a stint in the Malayan war he too was accepted into the Kent constabulary. However his dream was to make his mark with London’s Metropolitan Police - he didn’t fancy working in the same district as his father.

The Met, however, had other ideas and were not accepting returned servicemen. So Peter George Munns emigrated to Canada, where he worked as an accountant for the Canadian Air Force.

The family returned to England in 1970 and Peter signed up to the Ministry of Defence. Theresa, Ethan’s mum, worked briefly for the Royal Air Force and his dad for the Royal New Zealand Air Force.

Ethan has now reinvigorated a proud family tradition, albeit in a different country.

“It’s something I have dreamed about for a long time – and maybe it’s in my DNA as well as in my mind,” Ethan says.

Ethan is serving in Bay of Plenty District.