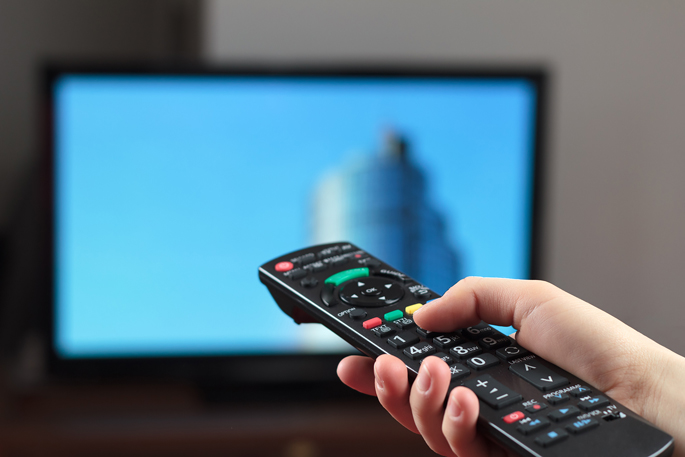 The BSA is seeking feedback on changes to TV classifications and timebands. File image/SunLive.

Viewers will soon be bidding farewell to the decades-old PGR and AO labels on free-to-air television and welcoming the familiar G, PG, M, 16 and 18 labels onto their screens. This will make it easier for television audiences to protect themselves and their children from unsuitable content that may cause harm.

The Broadcasting Standards Authority has announced the results of its review of timebands and classifications on free-to-air television, which included community research and extensive public consultation. It found New Zealanders strongly supported a shift away from the traditional labels, towards the labels seen on pay television.

The move is set to take effect in early May 2020. However, it is not all change, as Kiwis also gave their views about the use of timebands on free to air television which restrict when certain programmes, such as those for adults, should be shown on TV. The overwhelming majority want to keep the 8.30pm watershed, and this will be retained. A large number of people consulted also accepted that change to some timebands was justified in the modern environment.

“Television viewing habits and technology have changed dramatically since the timebands and classifications were introduced in 1989. Viewers are increasingly accustomed to using time-shifting technology to watch content at a time that suits them. Importantly, parental locks are now available on all free to air enabled televisions, which allows viewers to manage television content in their homes, says BSA chair Judge Bill Hastings.

“Audiences told us they wanted more guidance from classifications, particularly to break down the ‘AO’ rating into age guides for mature content, so the choices are clearer.

“Even though New Zealanders are watching more on demand content, there is still very strong support for the 8.30pm watershed on free to air television. Our consultation found that the 8.30pm watershed continues to be used as a guide for many Kiwis, especially parents and caregivers, on what is suitable viewing for children on FTA television. This timeband still has an important role to play in protecting children and young people from harm in the FTA television environment.”

The consultation also indicated that there was limited awareness about the restrictions on playing PGR content at different times of the day. Under the new rules PGR content will be able to be played throughout the day.

To support the changes, important additional safeguards are also being introduced to reduce the potential for harm to viewers. Classification labels will be displayed more frequently during programmes, and more information will be provided in programme guides to help viewers make informed decisions about what they watch.

A new website will be launched to provide viewers with information about the classifications, audience advisories and how to use parental locks on their televisions.

“The BSA encourages parents and caregivers to use parental lock or control features, which are available through Freeview and SKY enabled televisions. These tools enable viewers to restrict the programmes children in their care can access. It allows them to set a maximum classification (rating) for a programme and, if a show on air is classified above the chosen level, a password or pin will be needed to view it,” says BSA chief executive Belinda Moffat.

“We also encourage audiences to read the classification and programme information that is provided by broadcasters to enable viewers to protect their families from content that may harm. These are important safeguards provided through the broadcasting standards system and are there to help viewers inform themselves about the viewing choices they make.”

The BSA has been working with FTA broadcasters on how the changes should be implemented. The new classification labels will be displayed on both TV and digital guides. An awareness-raising campaign will run across TV and online platforms to ensure communities can learn about the changes before they launch.

Further changes to timebands include: G and PG content can be played at any time. M content may be aired between 9am and 3pm, except for on school and public holidays, and after 7.30pm until 5am on any day. Content classified 16 and 18 may not be played during the day. Content classified 16 may only be broadcast after 8.30pm and content classified 18 may only be broadcast after 9.30pm. Broadcasters will also adopt a responsible programming principle, which requires them to consider the impact of the content on the likely and target audience when scheduling programmes.

The BSA and FTA broadcasters have amended the Free-to-Air Television Code, in the Broadcasting Standards in New Zealand Codebook, to reflect the changes.

New Zealanders are invited to have their say on the amended code before the proposed changes are introduced.